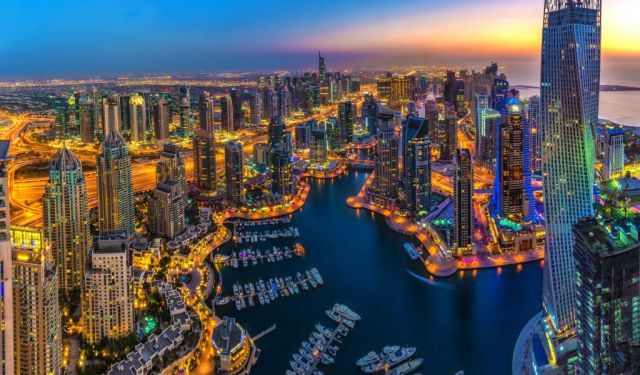 This is Why We Want to Visit Dubai - Things to Do and See., Dubai, United Arab Emirates (B)

I was having a conversation with one of my friends recently. I told him one of our travel goals was to visit Dubai. His reaction was whimsical at best. “Dubai? Where is that again, India, Russia, no, it's got to be somewhere in Africa right? After laughing hysterically, I told him it was part of the Unite Arab Emirates (UAE), which is located in the Middle East region of Asia. With that revelation I set out asking a couple of my other friends the same question to see if they knew where Dubai was and the answers were pretty much the same. They just don't know.

So, anyway I was telling my friend we missed out on a chance to visit Dubai several months ago and we were really disappointed. We have always been fascinated by Dubai and even though it is quite a long flight and will cost a tidy penny to get there, we are working feverishly to get to that part of the United Arab Emirates.

Dubai's growth from a fishing village to a sprawling metropolis has taken around fifty years, but starting in 2000 the phenomenal growth and transformation really accelerated. Dubai is described as one of the fastest growing cities in modern times. It's a marvel of architectural design, engineering and technology as witnessed in the construction of The Palm Islands, the largest artificial islands in the world and so many other of its amazing buildings and structures. ...... (follow the instructions below for accessing the rest of this article).
This article is featured in the app "GPSmyCity: Walks in 1K+ Cities" on iTunes App Store and Google Play. You can download the app to your mobile device to read the article offline and create a self-guided walking tour to visit the attractions featured in this article. The app turns your mobile device into a personal tour guide and it works offline, so no data plan is needed when traveling abroad.

Create Your Own Self-Guided Walks in Dubai
Guide Name: This is Why We Want to Visit Dubai - Things to Do and See.
Guide Location: United Arab Emirates » Dubai
Guide Type: Self-guided Walking Tour (Article (B))
Author: Simon Garcia
Read it on Author's Website: http://travelwith2ofus.com/honestly-this-is-why-we-really-want-to-visit-dubai.php
Sight(s) Featured in This Guide: