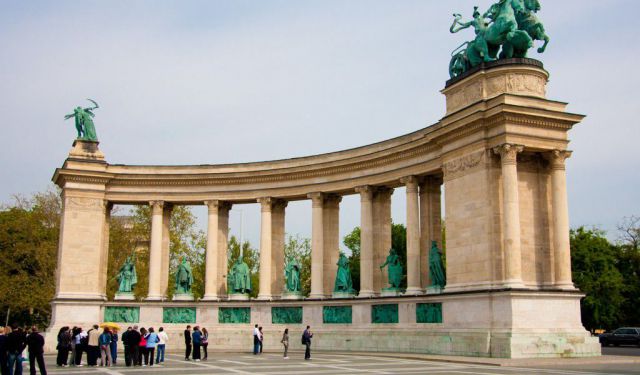 The Hungarian capital of Budapest is one of Europe’s most underrated cities. Budapest is described as the “Little Paris of Middle Europe” due to its beauty, charm, and 1,000-year-old culture. The city demands to be savored slowly over a period of time. But for those with only a few days to explore the city, we’ve compiled a three day itinerary of Budapest.

It can be difficult to plan a visit to this amazing city in such a short time; three days is the Minimum that we would recommend if you want to truly have a proper taste of Budapest. While this itinerary is not exhaustive by any means, it provides a variety of sights and experiences Budapest has to offer, including the best architecture, museums, culture, and shopping.

In 1873, the city of Buda, the former capital of the Kingdom of Hungary on the west bank of the Danube River, merged with the city of Pest on the eastern side of the Danube, to become Budapest. Prior to the unification, the area had been under the rule of the Romans, the Mongols, the Ottomans, and the Hapsburgs, each having left their indelible mark on the city. Hungary became part of Austria-Hungary in 1867, an empire that lasted 51 years and brought about great prosperity and modernization to Budapest. ...... (follow the instructions below for accessing the rest of this article).
This article is featured in the app "GPSmyCity: Walks in 1K+ Cities" on iTunes App Store and Google Play. You can download the app to your mobile device to read the article offline and create a self-guided walking tour to visit the attractions featured in this article. The app turns your mobile device into a personal tour guide and it works offline, so no data plan is needed when traveling abroad.