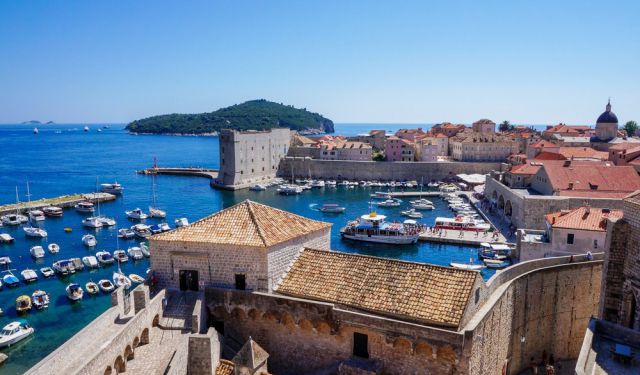 Three Days in Dubrovnik - A Guide, Dubrovnik, Croatia (B)

As I’ve used several already, I’ll try to limit them in the rest of this post. It’s hard not to use them, though, for it is a truly spectacular—oops!—city.

I’m not going to bore you with the historic background of this old, once-independent city. Many online sources offer all the information you might need—a quick Google search is all it takes.

I do, however, want to give you guys a brief geographical introduction. Dubrovnik is located in the far south of the Dalmatian coast in Croatia. The area surrounding Dubrovnik forms a mainland “island” of Croatian territory surrounded by other nations. Although the city lies on the Croatian mainland, if you want to travel by car to another part of Croatia and not leave the country, you’ll have to take a ferry. You can find why that’s the case when you read the history of Dubrovnik, which, by the way—allow me to throw in just one historic fact—was known as Ragusa up until 1918. ...... (follow the instructions below for accessing the rest of this article).
This article is featured in the app "GPSmyCity: Walks in 1K+ Cities" on iTunes App Store and Google Play. You can download the app to your mobile device to read the article offline and create a self-guided walking tour to visit the attractions featured in this article. The app turns your mobile device into a personal tour guide and it works offline, so no data plan is needed when traveling abroad.