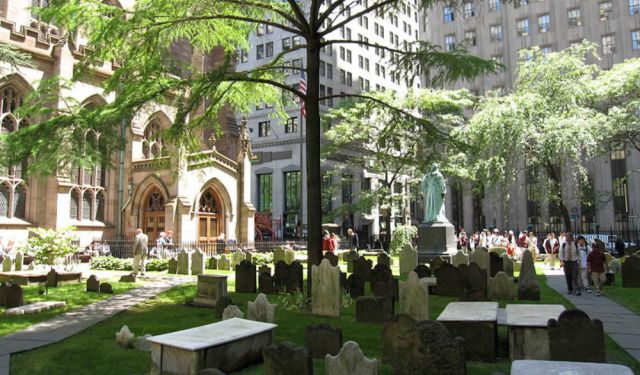 When visiting New York City for the first time, there are certain top recommendations for the most important things to do on a New York trip, but there are also many alternative, off-the-beaten-path New York City attractions. Here are a few more things ready to be discovered in NYC that aren’t your typical tourist destinations but which are amazing in their own right and reveal so much about this great city.

If you’re based at a downtown New York hotel, take a side step into Trinity Church. It’s opposite the New York Stock Exchange and there has been a church on this site since 1698. The beautiful current building was finished in 1846. Take a stroll through the cemetery to see picturesque old tombstones, including the graves of founding fathers such as Alexander Hamilton and other prominent members of 18th and 19th century public life. Imagine what it was like when the 282-foot spire was the tallest point in New York City! Time your visit to hear the famous bells ring. ...... (follow the instructions below for accessing the rest of this article).
This article is featured in the app "GPSmyCity: Walks in 1K+ Cities" on iTunes App Store and Google Play. You can download the app to your mobile device to read the article offline and create a self-guided walking tour to visit the attractions featured in this article. The app turns your mobile device into a personal tour guide and it works offline, so no data plan is needed when traveling abroad.