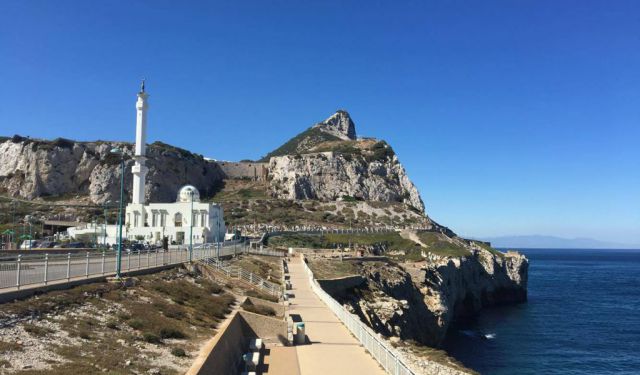 There is so much to see and do along Spain’s southern coastline. One could fill an entire itinerary with lounging on its sun drenched beaches, sampling mouthwatering coastal cuisine, or touring any number of sprawling vineyards. But there’s another nearby attraction that’s not to be missed if you find yourself in southern Spain. It’s actually not in Spain at all.

Gibraltar is a small British overseas territory that was seized from Spain in the early 1700’s and given over to Great Britain in perpetuity. Although residents of Gibraltar manage the territory, defense and foreign relations are handled by the British government. Control of this 2.6 square mile piece of land remains a point of contention to this day between the Spanish and the British government. Despite its tumultuous political history, the town itself is filled with wonder and beauty that is worth exploring should your travels take you there.

I was lucky to have the chance to visit Gibraltar while celebrating my birthday in southern Spain this year. My Russian and I took a day trip there and spent about 8 hours exploring the tiny British territory. Below are some tips I hope you’ll find helpful when planning a day trip to Gibraltar! ...... (follow the instructions below for accessing the rest of this article).
This article is featured in the app "GPSmyCity: Walks in 1K+ Cities" on iTunes App Store and Google Play. You can download the app to your mobile device to read the article offline and create a self-guided walking tour to visit the attractions featured in this article. The app turns your mobile device into a personal tour guide and it works offline, so no data plan is needed when traveling abroad.