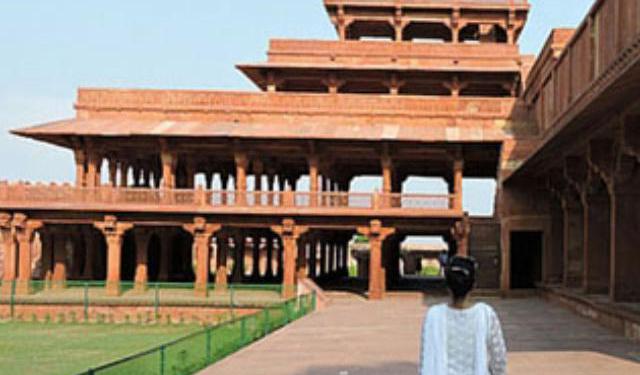 The fascinating city of Fatehpur Sikri is a popular tourist destination in Uttar Pradesh, India. The red sandstone city is just 35 km away from Agra. Fatehpur Sikri is one of the classy Mughal Architectures and built by Emperor Akbar in 1569. He ruled 12 years here between 1571 and 1585. During that time, this city was the capital of the Mughal Government. So what are those top tourist attractions in Fatehpur Sikri?

UNESCO’s World Heritage Site Fatehpur Sikri got some top attractions with the fantastic architectural design. Here you can get a unique combination of beauty in Indian Mughal architecture with a mix of Islamic, Hindu and Rajput style. This city got a history of victory and emotion behind its origin.

Emperor Akbar was not blessed with any children until he met one Sufi Saint named Shaikh Salim Chishti in Sikri. By the blessings of this Saint, Akbar’s Hindu wife Jodha Bai gave a birth to a baby boy, Salim. And then Akbar with his all respect and love for Saint Salim Chishti shifted the Mughal capital here and named the city as Fatehpur Sikri (The City of Victory). Later, he built one Shrine (Dargah) and here is the tomb of Shaikh Salim Chishti. This is now one of the tops visited religious spots and attractions in India. ...... (follow the instructions below for accessing the rest of this article).
This article is featured in the app "GPSmyCity: Walks in 1K+ Cities" on iTunes App Store and Google Play. You can download the app to your mobile device to read the article offline and create a self-guided walking tour to visit the attractions featured in this article. The app turns your mobile device into a personal tour guide and it works offline, so no data plan is needed when traveling abroad.