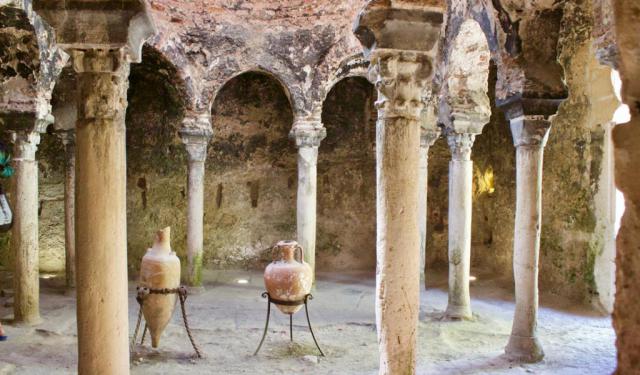 The city of Palma is the only major city in the Baeleric Islands. As the capital city, Palma features a variety of historical places, landmarks and cathedrals to explore it's Roman, Moorish and Christian roots. The name Palma dates back to it's Roman settlements, though humans have settled on this land since the Bronze Age. Throughout the centuries, Palma switched hands between Arabic and Catholic rulership, but today, is a tourist city dotted with modern cafes, hotels and shops residing within ancient architecture. When visiting Palma, discover its ancient history at one of these many places, museums and landmarks.

The foundational stones were placed in 1229, which transformed from mosque to cathedral. This Levantine Gothic jewel that overlooks the sea, this magnificent structure’s construction began in 1230, replacing a former mosque. The interior is as splendid and spectacular as the exterior. Inside, explore a variety of historic paintings, each with a story of its own. Enjoy the sunlight that moves through the stained-glass windows, which was once a method used of telling time. In 1904, Gaudi refurbished the chapel, to what I consider to look like creepy, demonic artwork, but hey it’s different. Inside guests also discover the tombs of Mallorca’s past Kings, James II and James III. Entry fee: 4 euros ...... (follow the instructions below for accessing the rest of this article).
This article is featured in the app "GPSmyCity: Walks in 1K+ Cities" on iTunes App Store and Google Play. You can download the app to your mobile device to read the article offline and create a self-guided walking tour to visit the attractions featured in this article. The app turns your mobile device into a personal tour guide and it works offline, so no data plan is needed when traveling abroad.