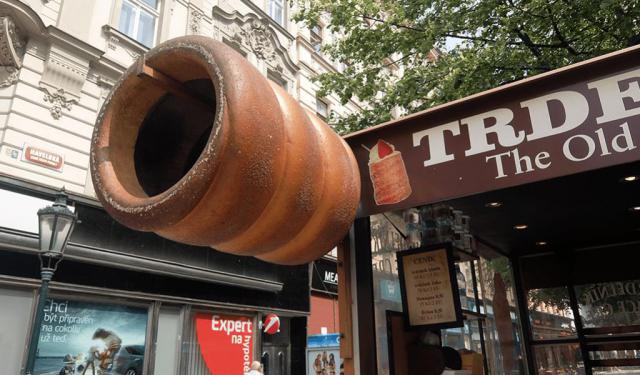 Trdelnik is a type of pastry, a popular street food from the east part of Europe. Today it has become an unforgettable taste of Prague. You can also encounter it in European Christmas markets.

But what is the story behind Trdelnik? What makes this food attractive for tourists? My curiosity encouraged me to research the roots of this East European delight.

Trdelnik is called in a certain way based on the way it is cooked. Trdelnik is a Czech word which comes from “trdlo” which is the spindle to wrap the dough. Trdelnik actually has a very simple recipe, yet an addictive taste. The dough is made by mixing wheat, flour, butter, sugar and then grilled over a fire on a wrapped spindle.

There are many different flavors, both salty and sweet. The most original version is sweet, cinnamon flavored cake glazed with caramelized sugar. Filling inside with ice cream is also a favorite way of preparing it.

Today Trdelnik is being marketed as a Traditional Czech Recipe. However, it is not the case. According to the experts, Trdelnik exists since the Neolithic Times from the way it is baked. It was one of the ways to cook dough even before the ovens existed. ...... (follow the instructions below for accessing the rest of this article).
This article is featured in the app "GPSmyCity: Walks in 1K+ Cities" on iTunes App Store and Google Play. You can download this article for FREE and read it offline on your mobile device.