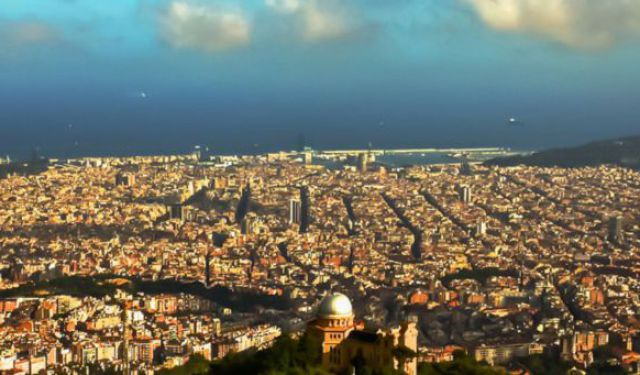 Barcelona is a modern European powerhouse, the second largest city in Spain, the capital of Catalonia, and host to over 7 million visitors per year.. And it’s easy to see why, with over 300 sunny days per year, gothic neighborhoods with Roman walls and winding corridors filled with shops and restaurants, an international culinary reputation difficult to match. Throw in the beaches, the Gaudi masterpieces, the parks, markets and day trips to Montserrat. Well, you might just need help deciding what to do in Barcelona..

If planned in advance, affordable direct flights are available from many major cities in Europe. From Paris for $22, Berlin for $29, Lisbon for $40, London for $51, and even Istanbul for $40.

Busses are not our favorite mode of travel.. The seats are generally cramped, the ride is bumpy, and departure/arrival times can be unpredictable. This said, bus travel is generally the least expensive.. The trip from Paris is only $35 but does take nearly 15 hours.

Trains throughout Europe are a great option. You’ll avoid lines at the airport, enjoy beautiful scenery, and the trains are typically very comfortable. If you’re coming from any other city in Spain we highly recommend traveling by train. However, if you’re traveling from another European country, we still recommend flying due to overall cost and journey time. For example, the train route from Paris is 6 hours, and at $200, a flight saves time and money. ...... (follow the instructions below for accessing the rest of this article).
This article is featured in the app "GPSmyCity: Walks in 1K+ Cities" on iTunes App Store and Google Play. You can download the app to your mobile device to read the article offline and create a self-guided walking tour to visit the attractions featured in this article. The app turns your mobile device into a personal tour guide and it works offline, so no data plan is needed when traveling abroad.