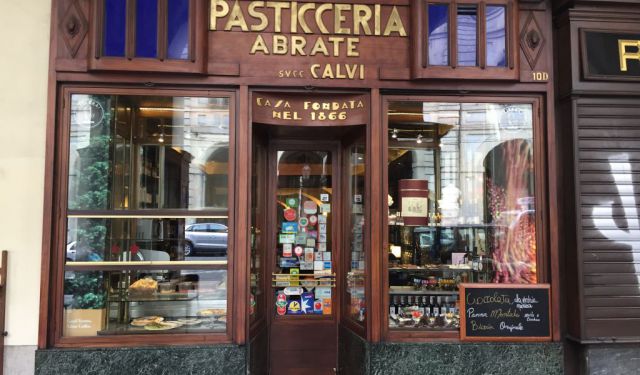 If ever reasons were needed to explain why Travel Gourmet has fallen in love with the city of Turin (apart from it being in Italy, of course!), there are three excellent ones: it’s home to some of the most wonderful historic cafés you’ll find anywhere; it’s the home of chocolate (yes, even before Switzerland); and it is (arguably) the home of aperitivo.

Like the historic cafés of many other European cities, such as Vienna and Paris, the cafés of Turin are steeped in political, cultural and intellectual history. It is said that part of Italy’s history was written in Turin’s cafés and indeed the city was the first capital of a unified Italy in 1861. Stepping into them today is a little like stepping back in time; it seems as if nothing much has changed over the last hundred years or so. Given I’ve spent only six nights in total in the city, over two weekend breaks, I’ve managed to sample a good number of these famous cafés.

The oldest café in the city is Caffè al Bicerin, founded in 1763. I sought it out last weekend but there was a long queue so I didn’t wait. It takes its name from the famous Turinese drink, bicerin, which is a mix of espresso coffee and chocolate, topped with a layer of milk froth (sometimes whipped cream). Here, however, are six cafés I did become acquainted with, all in the centre and within easy walking distance of each other. I’m listing them by age – oldest first! Remember also that in Italy the price difference between standing up at the bar to drink a coffee and sitting down is often big – you might pay around just €1 to stand up to drink a coffee but more like €4 or €5 to sit down. ...... (follow the instructions below for accessing the rest of this article).
This article is featured in the app "GPSmyCity: Walks in 1K+ Cities" on iTunes App Store and Google Play. You can download the app to your mobile device to read the article offline and create a self-guided walking tour to visit the attractions featured in this article. The app turns your mobile device into a personal tour guide and it works offline, so no data plan is needed when traveling abroad.