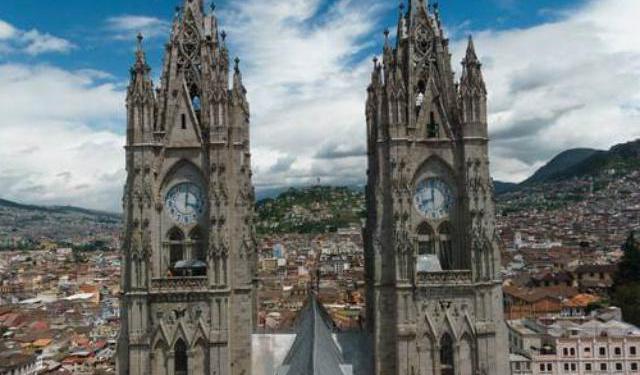 Quito, Ecuador is a sprawling city that lines the rolling hills and slopes of the Guayllabamba basin.

At nearly 3000 meters above sea level, Quito is one of the highest national capitals in not only South America, but the world.

Home to nearly 3 million inhabitants and 32 districts, Quito has a rich history. The city was founded by the Inga nearly 1000 years ago.

Later, in the 16th century, the region was conquered by the Spanish, who believed the city might hold the secret treasures of Atahualpa, the Incan monarch. The Ecuadorian people later won independence from the Spanish empire in the 1800s.

Today, Quito serves as a jumping off point for eco-travellers hoping to catch a flight to the Galapagos islands or bask in the beauty of mainland Ecuador.

To help you decide what to do with your time in Quito, I asked a bunch of bloggers about the best things to do in the city. ...... (follow the instructions below for accessing the rest of this article).
This article is featured in the app "GPSmyCity: Walks in 1K+ Cities" on iTunes App Store and Google Play. You can download the app to your mobile device to read the article offline and create a self-guided walking tour to visit the attractions featured in this article. The app turns your mobile device into a personal tour guide and it works offline, so no data plan is needed when traveling abroad.