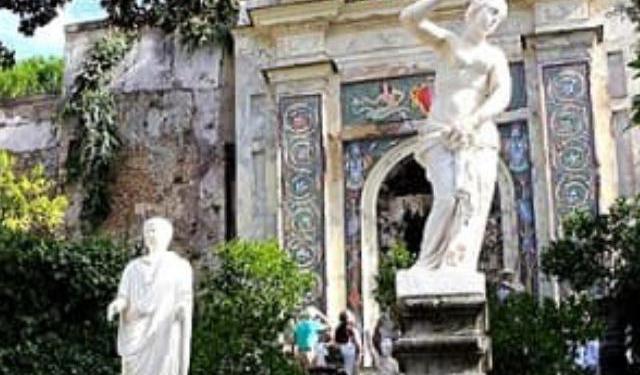 Villas and Palazzos in Rome, Rome, Italy (B)

When Emperor Carol V visited Rome in 1536, Pope Paul II felt ashamed by the state of the Capitoline Hill. Therefore, he asked Michelangelo to help change its appearance. Ten years later, the master began his work, yet died before it was finished.

However, Michelangelo’s touch can be spotted in the double stairs of the Palazzo Senatorio, the facades of the Palazzo dei Conservatori, and Palazzo Nuovo, and the placement of the ancient sculptures.

Palazzo dei Conservatori, Palazzo Nuovo and Palazzo Senatorio are part of the Capitoline Museums. They are open from Tuesday to Sunday, between 09.30 and 19.30. Closed on Mondays.

Free access is provided to children under the age of 18 years with reduced mobility. Admission is also free of charge on the first Sunday of each month.

Palazzo Altemps was raised in 1585 by Martino Longhi. Today, its beautifully decorated rooms are full of ancient sculptures. That is because it is one of the four buildings that form the National Roman Museum. ...... (follow the instructions below for accessing the rest of this article).
This article is featured in the app "GPSmyCity: Walks in 1K+ Cities" on iTunes App Store and Google Play. You can download the app to your mobile device to read the article offline and create a self-guided walking tour to visit the attractions featured in this article. The app turns your mobile device into a personal tour guide and it works offline, so no data plan is needed when traveling abroad.