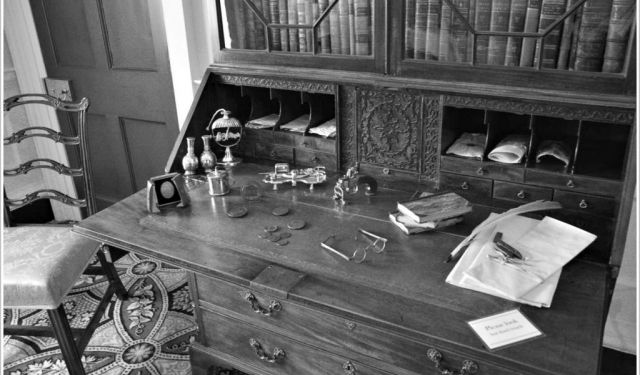 Visit Bath in Black and White, Bath, England (B)

Surely one of England’s biggest tourist drawcards outside of London shouldn’t need a reason. Just in case you’re not sure though, here are some reasons in plain old black & white that might have you hopping a train from London to see this very elegant city.

Owing its name and fame to the country’s only natural hot springs, Bath was a place of indulgence and high society. The Romans took this natural resource, and with a touch of Roman flair and technology built the famous bathing establishment tourist still flock to see.

Baths allure faded slightly when the Romans left and the opulent bathing complex fell into disrepair. This slip from grace was not long lived. Bath was back in the spotlight when England’s first ever king, Edgar was coronated in 973 at the site of the Bath Abbey.

A new bathing house built in the sixteenth century was made popular by the visit of Queen Elizabeth I. She also ordered the restoration of Bath Abbey. By the 18th century, Bath was again the toast of high society after construction of some of the most famous Georgian landmarks in England, including the Circus and Royal Crescent. With the help of a fashion forward dandy and Master of Ceremonies by the name of Beau Nash, a self appointed entertainment coordinator and socialite, Bath became the most fashionable spa resort in 18th century England. ...... (follow the instructions below for accessing the rest of this article).
This article is featured in the app "GPSmyCity: Walks in 1K+ Cities" on iTunes App Store and Google Play. You can download the app to your mobile device to read the article offline and create a self-guided walking tour to visit the attractions featured in this article. The app turns your mobile device into a personal tour guide and it works offline, so no data plan is needed when traveling abroad.