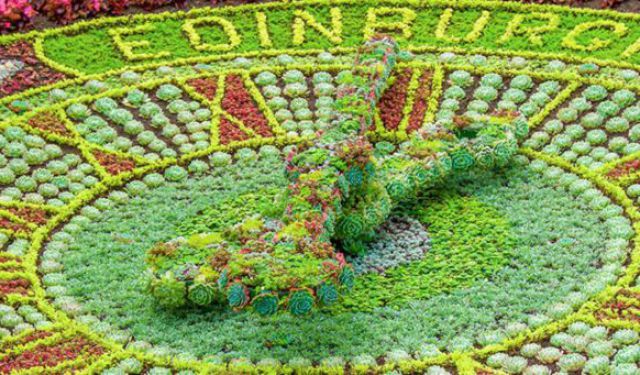 Edinburgh claims more UNESCO World Heritage buildings than any city, has an enormous medieval castle built on an extinct volcano and is the home to the world’s first fire service. This city is also the world’s #1 festival destination and boasts the majestic unicorn as it’s national animal. Let’s visit Edinburgh!

There’s really so much to do, this place could keep you busy for days. Here’s a list of our must-see’s when visiting Edinburgh.

This 800+ year old castle looks over the city of Edinburgh from it’s perch upon an extinct volcano called Castle Rock. Over the centuries, this impressive complex has spent time as royal palace, fortress, and prison. Today Edinburgh Castle is home to the “Stone of Destiny,” as well as the crown jewels of Scotland, and is Edinburgh’s top attraction. You can explore the castle’s inner walls, passageways, and dungeons, just keep in mind that this castle is known as one of the most haunted places in Scotland!

It would be nearly impossible to visit Edinburgh Castle without a stroll down Old Town’s main street, affectionately known as the “Royal Mile.” This cobbled thoroughfare connects Castle Rock with Arthur’s seat, and is lined with Edinburgh’s incredibly preserved medieval architecture on either side.  ...... (follow the instructions below for accessing the rest of this article).
This article is featured in the app "GPSmyCity: Walks in 1K+ Cities" on iTunes App Store and Google Play. You can download the app to your mobile device to read the article offline and create a self-guided walking tour to visit the attractions featured in this article. The app turns your mobile device into a personal tour guide and it works offline, so no data plan is needed when traveling abroad.