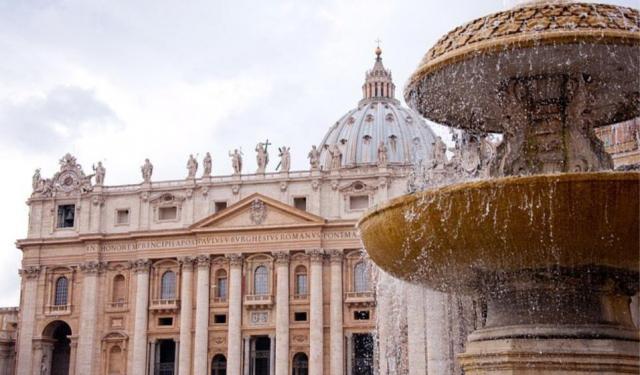 Walking in Rome: From Vatican City to Trastevere, Rome, Italy (B)

We walked from Vatican City to Trastevere, starting early in the morning, and finishing after nightfall. However, we took plenty of breaks to enjoy the beautiful views over Rome, grab a bite or have a drink.

We left the place we were staying at early in the morning and bought some tasty pastry products on the way. Then, we got on the subway to Ottaviano, walked a bit, passing by Piazza del Risorgimento, and ending in Piazza San Pietro. Though it was before 8 in the morning, there was already a line to pass the security check for Basilica San Pietro and its Dome. However, it was short and it was in the shadow. While we were waiting for our turn and enjoying our breakfast in line, the queue got larger and larger, all the way to the entrance in the Piazza San Pietro, if you’re coming from Via della Conciliazione. All in all, I don’t think we spent more than 20 minutes waiting. Then, we went through the security check and decided to start with St. Peter’s Dome. So remember kids: the early bird catches the worm! It’s worth making an exception and getting there early, even if you’re not a morning person. ...... (follow the instructions below for accessing the rest of this article).
This article is featured in the app "GPSmyCity: Walks in 1K+ Cities" on iTunes App Store and Google Play. You can download the app to your mobile device to read the article offline and create a self-guided walking tour to visit the attractions featured in this article. The app turns your mobile device into a personal tour guide and it works offline, so no data plan is needed when traveling abroad.