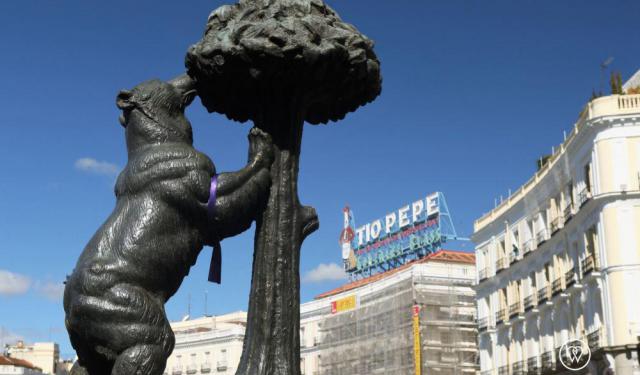 Walking Madrid with a Local, Madrid, Spain (B)

If Madrid is the capital of Spain, its most touristy city is Barcelona. For the traveller who has visited the harbour city, Madrid may look a bit severe far from the charming medieval streets and eccentric Gaudi buildings of the capital of Catalonia. Follow us and walk Madrid with a local to find the real soul of Madrid, behind its wide avenues and majestic façades…

In 1561, the king of Spain Felipe II moved the court from Toledo to the small village of Madrid that instantly became a capital. Its infrastructures had to be updated. Rather than trying to fit in the old, the village was pretty much wiped out and a modern city built. From 9,000 inhabitants, Madrid soon was home to 90,000 people. This is why today, Madrid feels very different from most cities with a strong medieval history such as Barcelona or Paris. Its streets are much wider, its squares ample, and its buildings majestic.

One of the best examples may be the Plaza Mayor where the proud Felipe II sits majestically on his horse. Originally a lake, it got dried out to host a small market square that was turned into the main trading point of the city with the beautiful headquarters of the guilds all around the square where people sold and bought their bread, meat, wine and tobacco. If now the buildings are a lot quieter, the square is filled with tourists still trading the same goods at the numerous terraces bordering Plaza Mayor. ...... (follow the instructions below for accessing the rest of this article).
This article is featured in the app "GPSmyCity: Walks in 1K+ Cities" on iTunes App Store and Google Play. You can download the app to your mobile device to read the article offline and create a self-guided walking tour to visit the attractions featured in this article. The app turns your mobile device into a personal tour guide and it works offline, so no data plan is needed when traveling abroad.