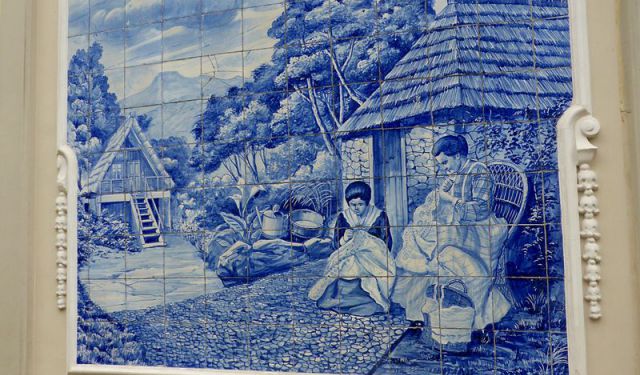 We are passionate about walking tours in each place that we visit, especially the walking tour of Funchal Madeira that we took with Beata from History Tellers. In the couple of hours, we spent in Beata’s company, we learned so much about Funchal, its history and came across squares and alleyways that we had not visited before in Funchal.

The following has been taken directly from the website of History Tellers. We have included it because we are impressed with the program and we urge fellow visitors to Madeira to support this initiative.

“History Tellers are part of the Madeiran Heritage project developed by the University of Madeiran Student’s Union (AAUMa) to publicize and preserve Madeira’s tangible and intangible heritage.

The University of Madeira Students’ Union (AAUMa) has developed several cultural and scientific enterprises aimed at connecting the history and culture of Portugal, with an emphasis on Madeira Island.

These enterprises have enabled the development of various projects aimed to support our most disadvantaged students at the University. The most significant of these projects is the Nourishment Fund which, since its creation in 2013, has financed thousands of meals for the students. Together with the Scholarship Fund, which aims to provide some school supplies, AAUMa has been able to help many students who may have otherwise found themselves struggling financially. ...... (follow the instructions below for accessing the rest of this article).
This article is featured in the app "GPSmyCity: Walks in 1K+ Cities" on iTunes App Store and Google Play. You can download the app to your mobile device to read the article offline and create a self-guided walking tour to visit the attractions featured in this article. The app turns your mobile device into a personal tour guide and it works offline, so no data plan is needed when traveling abroad.