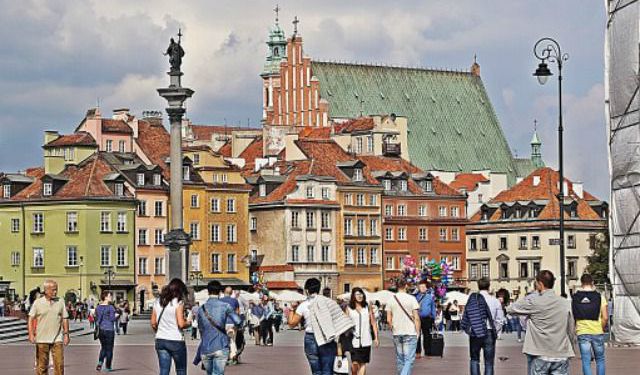 Warsaw: The City of Contrasts, Warsaw, Poland (B)

Warsaw, the capital and largest city of Poland with a population of 1,7 million, is a city that is rich on history. And at the same time, it’s a city that is reinventing itself all the time. Everywhere you go, you’ll see buildings from different centuries standing next to each other, creating a timeline in history in the modern city. And the contrasts of these many buildings are what make Warsaw unique; from the medieval old town that was destroyed during the Second World War and later rebuilt to the mid-nineties cement buildings and the stalinistic Palace of Culture surrounded by modern-day skycrapers that now dominate the skyline.

I had two days to explore Warsaw and while I had a very tight schedule as I wanted to see as much as possible, I still had time to just sit and relax in the beautiful parks, trying to take in the many impressions that the contrasting city gave me.

Impressive castles, historic buildings and enormous green parks; Warsaw is full of stunning architecture and is among the greenest cities in Europe, and with the old town as the beautiful centre, the classic Warsaw is by far the biggest tourist-magnet in the city. This is not the place to go when wanting to meet locals, but the sights in itself are worth checking out and are crucial to see in order to get a full understanding of the impact that the Second World War has made in Warsaw. ...... (follow the instructions below for accessing the rest of this article).
This article is featured in the app "GPSmyCity: Walks in 1K+ Cities" on iTunes App Store and Google Play. You can download the app to your mobile device to read the article offline and create a self-guided walking tour to visit the attractions featured in this article. The app turns your mobile device into a personal tour guide and it works offline, so no data plan is needed when traveling abroad.