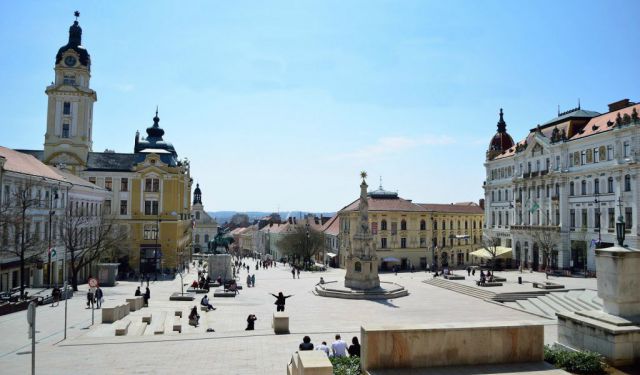 Hometown friends are a special sort – you know, those who’ve known you for a lifetime and with whom you share tons of adventures growing up? Yes, I have those too. But the funny thing is that I met two of my 'hometown friends' on a night prior to my moving abroad two years ago. Yes, I’ve known them before because it’s a type of town where everybody knows of everybody, but this was the first time I was actually introduced to them and we spent the evening together. Best way to wrap up a life phase.

This past spring I came home just in time to be asked if I’d join them on a road trip to a nearby town in Hungary. The two of them + one girlfriend + another friend had already planned it and they had an extra seat in the car. Why, sure! Especially because I’d never actually been to Hungary before, even though my hometown is really close to the border. (If we rule out the occasional landings and departures from the Budapest airport, that is, and we do because I say so.) So yes, a short one-day trip to a random town called Pecs was definitely something I was in the mood for. ...... (follow the instructions below for accessing the rest of this article).
This article is featured in the app "GPSmyCity: Walks in 1K+ Cities" on iTunes App Store and Google Play. You can download the app to your mobile device to read the article offline and create a self-guided walking tour to visit the attractions featured in this article. The app turns your mobile device into a personal tour guide and it works offline, so no data plan is needed when traveling abroad.

Create Your Own Self-Guided Walks in Pecs
Guide Name: What to See and Do in Pecs, Hungary
Guide Location: Hungary » Pecs
Guide Type: Self-guided Walking Tour (Article (B))
Author: Tihana Smiljanic
Read it on Author's Website: http://www.wanderingpolkadot.com/2015/12/what-to-see-and-do-in-pecs-hungary.html
Sight(s) Featured in This Guide: