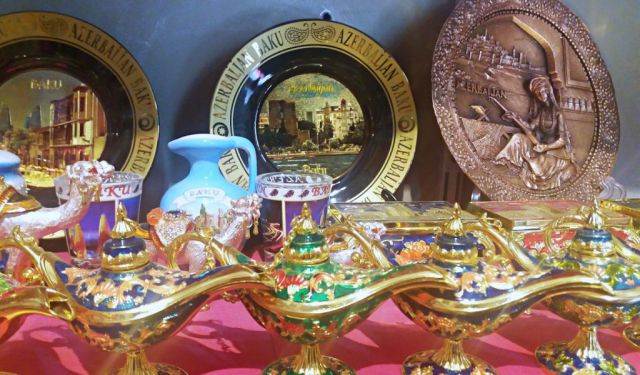 What to See in Baku, Baku, Azerbaijan (B)

Baku is… different. Now this is not much of a statement if you don’t have my exact background, and judging by the fact you’re not me—you probably don’t. So, different to what, anyway? I don’t dare say “Europe” because Europe is just so diverse, but I’m thinking along those lines. Baku is just different.

Baku, as you know already, is the capital of Azerbaijan, and the largest city in the Caucasus. It is a rich city, which is even more emphasized once you leave it and explore the country, which is on the poorer side. Baku is trying to establish itself by building great skyscrapers and being a modern metropolis. On the other side, I saw extremely poor neighborhoods not once. Still, even though this wasn’t exactly my favorite, I’m glad I visited Baku, especially because it is the home to one of the most beautiful buildings I have ever seen.

Old City, or the Inner City (Azerbaijani: İçərişəhər), is the historical center of Baku. It’s surrounded by walls and in a city with tons of shiny new buildings, it’s a great place for a touch of tradition; though I have read that many tea shops have disappeared in the past decade, which is a shame. The Old City of Baku, with its Palace of the Shirvanshahs and the Maiden Tower, was the first location in Azerbaijan to be declared a World Heritage Site by UNESCO—it happened back in 2000. The Palace of the Shirvanshahs is a 15th-century palace built by the Shirvanshahs, and the Maiden Tower, dating all the way to the 12th century, is a world famous landmark of the city, mentioned in many legends and mysteries, some of which became a subject for scenario for theater plays and ballets. The whole Old City was build in the 12th century over earlier structures from 7th to 6th centuries BC, and the very site has been inhabited since the Paleolithic Period.  ...... (follow the instructions below for accessing the rest of this article).
This article is featured in the app "GPSmyCity: Walks in 1K+ Cities" on iTunes App Store and Google Play. You can download the app to your mobile device to read the article offline and create a self-guided walking tour to visit the attractions featured in this article. The app turns your mobile device into a personal tour guide and it works offline, so no data plan is needed when traveling abroad.