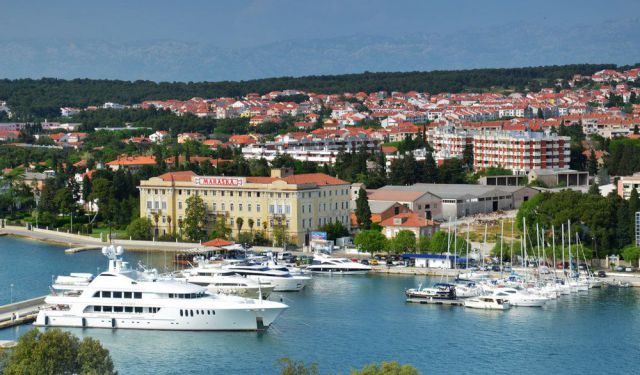 What to See in Zadar - Less Known Croatia, Zadar, Croatia (B)

Croatia, literally unknown for westerners for decades, has become one of the most popular European tourist destination in the past few years. No wonder beautiful coastline, fairy tale-like waterfalls and Dalmatian towns with ancient Roman ruins has started to attract more and more visitors. Zadar, although less known, is a perfect spot to start your adventure in Croatia and the Balkan region. The good news for backpackers is that now many of low cost airlines from around Europe fly straight to Zadar. It's easy to get there, it's charming and can easily compete with Split and Dubrovnik. And it's more authentic, less touristy and crowded.

Zadar, just like the other towns on the Adriatic coast, has a rich and turbulent history dating back to antiquity. Even before the Roman conquest, the town had already been an important center for trade among the Mediterranean peoples. In the first century BC, Zadar was finally annexed and became a part of the Roman Empire. Its people, called Liburnians, fought for the Roman army in civil wars. ...... (follow the instructions below for accessing the rest of this article).
This article is featured in the app "GPSmyCity: Walks in 1K+ Cities" on iTunes App Store and Google Play. You can download the app to your mobile device to read the article offline and create a self-guided walking tour to visit the attractions featured in this article. The app turns your mobile device into a personal tour guide and it works offline, so no data plan is needed when traveling abroad.