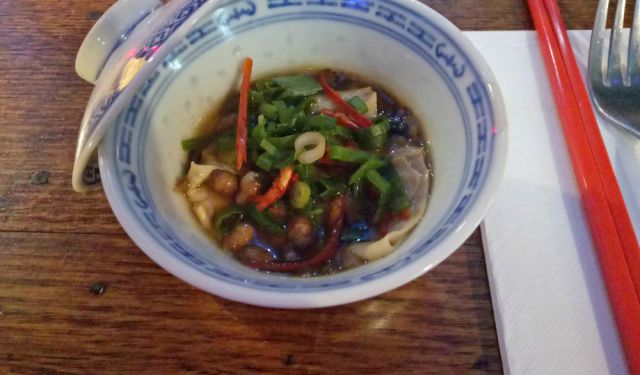 Where to Eat Vegan on Chinese New Year in Melbourne, Melbourne, Australia (B)

Chinese New Year typically means almost a full month of feasting and celebrating. Chinese New Year in 2018 is no exception, stretching from the official start date of February 16 to March 2 with preparations for said celebrations starting as early as February 8. To end the festivities, the lantern festival is held on the night of March 2.

2018 marks the Year of the Dog, and shows that the date of Chinese New Year is not the same because the Lunar calendar determines when. Traditionally, Chinese New Year marks prayer to the gods for a good planting and harvesting season while scaring monsters away with fire crackers. Hence, there is a strong emphasis on fireworks and food to mark the season.

Why year of the dog? In Chinese culture, there are 12 zodiacs and each animal lasts for the entire year. The dog represents the eleventh animal in the zodiac, and is not necessarily liked or favoured in Chinese culture. Still, the more positive traits of the dog are encouraged – honesty, loyalty and reliability. It’s always best to focus on the positive! ...... (follow the instructions below for accessing the rest of this article).
This article is featured in the app "GPSmyCity: Walks in 1K+ Cities" on iTunes App Store and Google Play. You can download the app to your mobile device to read the article offline and create a self-guided walking tour to visit the attractions featured in this article. The app turns your mobile device into a personal tour guide and it works offline, so no data plan is needed when traveling abroad.