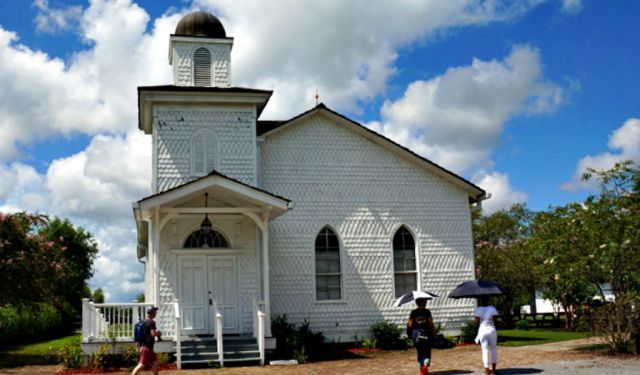 Why You Need to Visit the Whitney Plantation, Edgard, Louisiana (B)

As the bustling New Orleans cityscape slowly gave way to a bucolic rural landscape, I continued to question my decision to visit a plantation. I have never understood the romance of antebellum Southern US nor why so many people can’t seem to grasp the fact that this “romance” is a thin veneer polished by the tears and blood of millions of human beings. So, why was I voluntarily putting myself through this experience, paying my hard earned money only to get angry?

As soon as we arrived at the Whitney Plantation, my tour group was directed to an art installation that looked like, from a distance, lollipops or balloons on strings. But as we all gathered around, we quickly realized it wasn’t anything so whimsical. And that was when I fully understood what is meant when people say the Whitney Plantation does not offer the traditional plantation experience. They aren’t here to perpetuate Gone with the Wind nonsense with guides gussied up in period dresses. They are here to put a human face on slavery and its horrors, to honour the memory of the people who lived and died under slavery in the American South. ...... (follow the instructions below for accessing the rest of this article).
This article is featured in the app "GPSmyCity: Walks in 1K+ Cities" on iTunes App Store and Google Play. You can download the app to your mobile device to read the article offline and create a self-guided walking tour to visit the attractions featured in this article. The app turns your mobile device into a personal tour guide and it works offline, so no data plan is needed when traveling abroad.