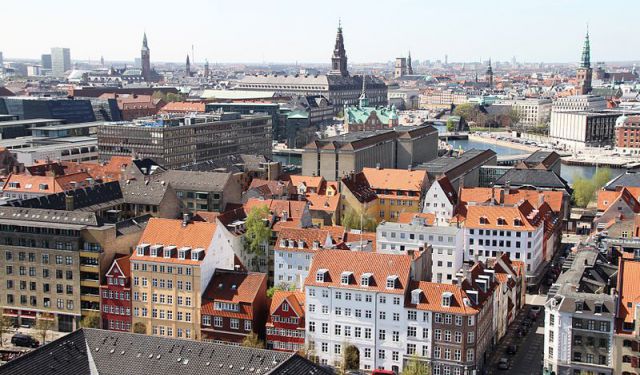 Delight in the beauty of your surroundings when you tour the Christianshavn neighborhood. This 17th-century district was built around a series of canals and is today one of the most exclusive parts of the city. Many refer to the area as "Little Amsterdam", a nod to its resemblance to the Dutch capital with the waterways, cobblestone streets and Dutch-style homes with colorful painted façades. Christianshavn's architecture, canal views and cultural attractions have drawn people from all walks of life to live here.

This trendy locale has an energetic music scene and you can catch a number of creative performers in Freetown Christiania, a self-proclaimed autonomous neighborhood. It was established by hippies in 1971 and is a mix of homemade houses, organic eateries, workshops and art galleries on the site of abandoned military barracks.

During your visit to the Christianshavn neighborhood, plan to stop by the Church of Our Savior. This important place of worship is most famous for its incredible steeple, a towering corkscrew shaped spire. Climb up its winding staircase for outstanding views of the city. The church is also beloved for its carillon, the largest in northern Europe. This set of bells plays melodies every hour from morning until midnight.
Image Courtesy of Wikimedia and Bjoertvedt.
How it works: A discovery walk features a route using which you can explore a popular city neighborhood on your own. This walk, along with other self-guided walks in over 1,000 cities, can be found on the app "GPSmyCity: Walks in 1K+ Cities" which can be downloaded from iTunes App Store or Google Play to your mobile phone or tablet. The app's built-in GPS navigation functions allow following this walk route with ease. The app works both online and offline, so no data plan is needed when traveling abroad.

4) Corner of Torvegade and Strandgade

11) Church of Our Saviour