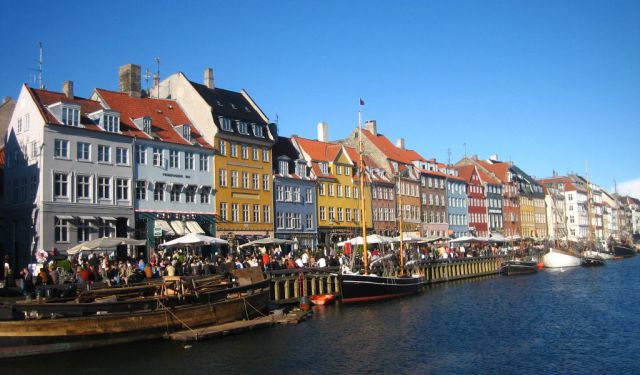 Go to the center of Copenhagen to find Indre By, a charming neighborhood with long roots stretching back to the middle of the 12th century. This makes it Copenhagen’s oldest neighborhood, and it is an attractive place of beautiful canals, old churches, narrow alleys and historic buildings. Meander through Nyhaven, a 17th-century waterfront, canal and entertainment district. Some of the houses here are more than 300 years old.

Your tour of the neighborhood will take you to a number of Copenhagen’s most famous churches and museums. One of the most striking buildings is the Thorvaldsen's Museum, a 19th-century canal front structure that was inspired by Greek architecture. Inside, tour the many works of art by the Danish neoclassical sculptor Bertel Thorvaldsen. He was born in Copenhagen in 1770 and spent most of his working life in Italy. There is also a collection of paintings by European and Danish artists. Visit Christiansborg Palace which houses the Danish Parliament, the Royal Stables, the Palace Chapel, the Throne Room and the Supreme Court. In fact, all three branches of the country's government are represented here. This is the third palace on this site with the first being erected in 1167.
Image Courtesy of Flickr and Jeremy Keith.
How it works: A discovery walk features a route using which you can explore a popular city neighborhood on your own. This walk, along with other self-guided walks in over 1,000 cities, can be found on the app "GPSmyCity: Walks in 1K+ Cities" which can be downloaded from iTunes App Store or Google Play to your mobile phone or tablet. The app's built-in GPS navigation functions allow following this walk route with ease. The app works both online and offline, so no data plan is needed when traveling abroad.