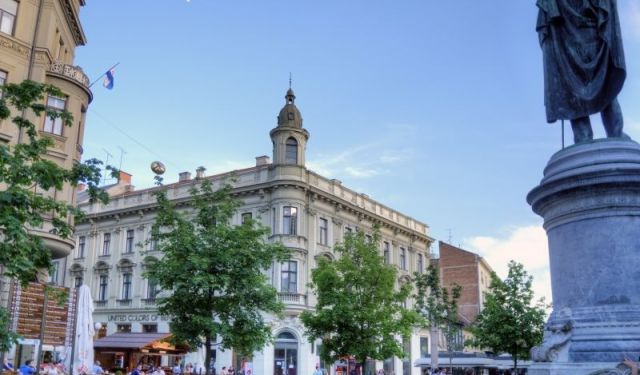 Many visitors make a beeline for Zagreb’s Donji Grad (Lower Town) because it is home to the capital city's most prominent buildings and museums. This includes the Mimara Museum, a fascinating cultural institution housed in a stunning late 19th-century building. Inside is a rich and varied art collection that encompasses artistic endeavors from the ancient world as well as art from the Middle Ages to 20th century. There are also pieces from the Far East.

Amble along the wide airy streets and check out Lower Town's architectural highlights. Amidst the grey office blocks and apartment buildings of the district are some true gems, such as Kallina House, situated at the corner of Masarykova and Gunduliceva streets. This is a residential building that opened at the beginning of the 20th century and is regarded as fine example of Secessionist-style architecture, a branch of Art Nouveau.

Elsewhere, find the Ethnographic Museum, the Archeological Museum and the Strossmayer Gallery of Old Masters. Step inside this prominent museum to study the works of some of the biggest names in the history of art. They include Bellini, Veronese and Jean-Baptiste Carpeaux. Lower Town also has many shops, cafés, restaurants, theaters and parks and is considered to be the real beating heart of Zagreb.
Image Courtesy of Wikimedia and Roberta F..
How it works: A discovery walk features a route using which you can explore a popular city neighborhood on your own. This walk, along with other self-guided walks in over 1,000 cities, can be found on the app "GPSmyCity: Walks in 1K+ Cities" which can be downloaded from iTunes App Store or Google Play to your mobile phone or tablet. The app's built-in GPS navigation functions allow following this walk route with ease. The app works both online and offline, so no data plan is needed when traveling abroad.