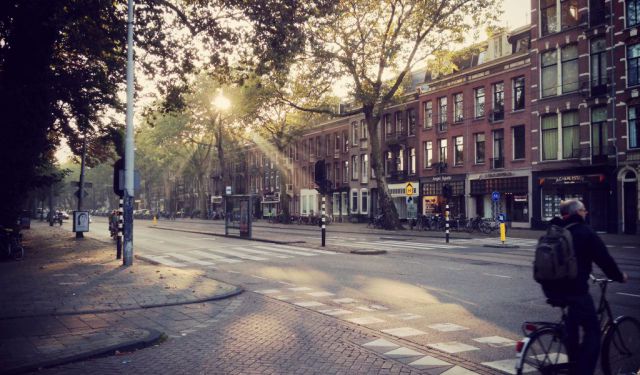 De Pijp neighborhood is a lively and colorful area, home to numerous cultures and nationalities. The diverse backgrounds of the residents are reflected in some of the shops, markets and restaurants. One of the first things you may notice when you are touring the area is that many of the streets have been named after famous Dutch painters, such as Vincent van Gogh and Frans Hals.

One of the must-see experiences to put on your itinerary is a shopping trip to Albert Cuyp Market, named after 17th-century painter Albert Cuyp. This is the country’s busiest market place and reputedly the largest daytime market in Europe with rows upon rows of stalls. It is open six days a week, and as well as lots of fresh fruit and vegetables, there are also clothes and products aimed specifically at residents from Turkish, Moroccan and Antillean backgrounds.

Even if you don't want to buy anything, come to soak up the heady aromas and to relax in the nearby cafés and trendy bars. Introduce your taste buds to some delicious new flavors when you explore the ethnic restaurants along Albert Cuypstraat and Ferdinand Bolstraat, the main streets of de Pijp. Among the dining options are Moroccan, Syrian and Surinamese restaurants.
Image Courtesy of Flickr and r.g-s.
How it works: A discovery walk features a route using which you can explore a popular city neighborhood on your own. This walk, along with other self-guided walks in over 1,000 cities, can be found on the app "GPSmyCity: Walks in 1K+ Cities" which can be downloaded from iTunes App Store or Google Play to your mobile phone or tablet. The app's built-in GPS navigation functions allow following this walk route with ease. The app works both online and offline, so no data plan is needed when traveling abroad.

9) Ceintuurbaan 251, House with the Gnome