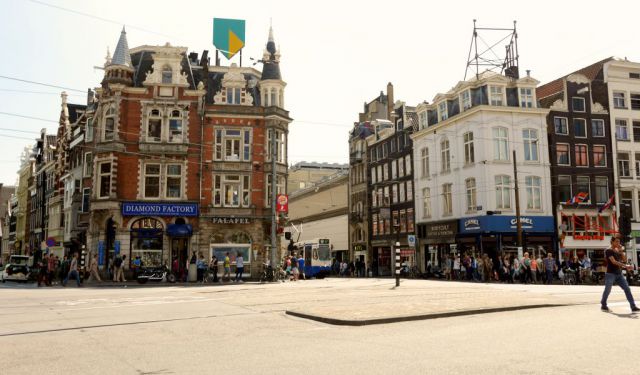 To really see Amsterdam and to understand what all the fuss is about, walk along the streets by its canals. These waterways were carved out in the 17th century and for hundreds of years people have been enjoying peaceful walks in one of the most beautiful urban spots in the world. In 2010 they were added to the UNESCO World Heritage List.

The Grachtengordel (girdle of canals) by the Old Center is the Amsterdam of picture postcards and a sight that locals are proud of the most. Enjoy a long leisurely stroll or cycle ride through the Grachtengordel, parts of which have remained the same for four centuries. Admire the gorgeous 17th-century townhouses, which are some of the most sought after properties in the city. Some are private homes and offices, others are museums. Cross some of the iron bridges that this area is known for and pause to gaze over the water. Check out Muntplein, a square in the center of the city that is actually the widest bridge in Amsterdam. Look over some of its interesting buildings, including a tower that used to be incorporated into one of the old medieval gates. Make a point of seeing Magere Brug Skinny Bridge, widely considered to be the city’s most beautiful bridge. Come back and tour the area in the evening when the bridges are illuminated, a gloriously romantic sight.
Image Courtesy of Flickr and Franklin Heijnen.
How it works: A discovery walk features a route using which you can explore a popular city neighborhood on your own. This walk, along with other self-guided walks in over 1,000 cities, can be found on the app "GPSmyCity: Walks in 1K+ Cities" which can be downloaded from iTunes App Store or Google Play to your mobile phone or tablet. The app's built-in GPS navigation functions allow following this walk route with ease. The app works both online and offline, so no data plan is needed when traveling abroad.