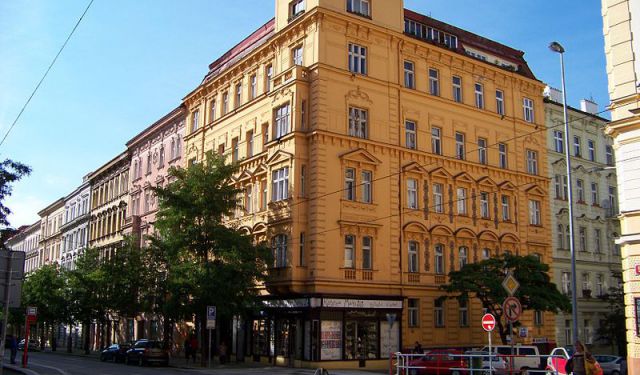 Vinohrady is a much-admired neighborhood for the beauty and elegance of its architecture. At one point in its history this area was nothing but vineyards and in fact the name Vinohrady means "vineyards". They were first planted in the 14th century during the reign of Czech king Charles IV. Today, this picturesque district is filled with grand Neo-Renaissance, Art Nouveau, Pseudo Baroque, and Neo-Gothic buildings. Many of these structures were built in the latter part of the 19th and early 20th centuries and their well-preserved façades continue to dazzle with their colors and adornments. One of the architectural highlights of the locale is the Church of the Most Sacred Heart of Our Lord, built in 1932. This eye-catching Roman Catholic place of worship was inspired by Egyptian temples and early Christian basilicas. After your church visit, check out Vinohradská Vodárna (Vinohrady Water Tower). Go up to the viewing platform of this beautiful 19th-century Neo-Renaissance turret, approximately 131 feet (40 meters) above street level. Take in the superlative views which extend as far north as the Krkonoše Mountains, close to the Polish border. Vinohrady is very near the center of Prague, so after your visit to the district, head there for its shops and restaurants.
Image Courtesy of Wikimedia and ŠJů.
How it works: A discovery walk features a route using which you can explore a popular city neighborhood on your own. This walk, along with other self-guided walks in over 1,000 cities, can be found on the app "GPSmyCity: Walks in 1K+ Cities" which can be downloaded from iTunes App Store or Google Play to your mobile phone or tablet. The app's built-in GPS navigation functions allow following this walk route with ease. The app works both online and offline, so no data plan is needed when traveling abroad.

1) Jiriho z Podebrad Square, Church of the Most Sacred Heart of Our Lord