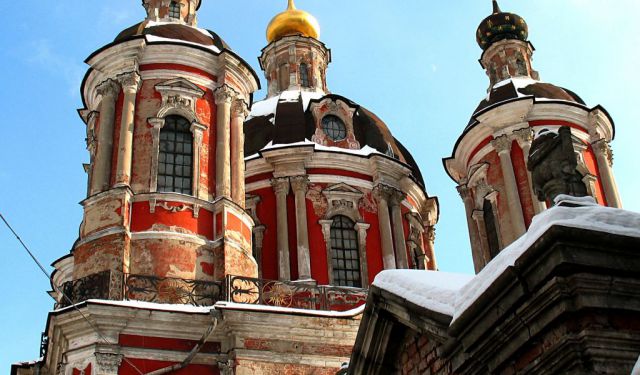 Visit Zamoskvorechye and see why such authors, playwrights and poets as Sergey Esenin and Anna Akhmatova fell in love with the neighborhood. This "Old Charming Moscow" is a beautiful ancient district close to Red Square and the Kremlin. While many other parts of the Russian capital have witnessed major upheavals, Zamoskvorechye is a proud survivor of prerevolutionary Moscow. The bulldozers and wrecking balls may well have transformed other parts of the city, but Zamoskvorechye remained relatively untouched, with some areas looking as they would’ve done more than 100 years ago.

Wander past museums and old churches such as the 17th-century Church of St. Nikolay. As you will see, the area is bursting with historic character and an old-fashioned atmosphere, and a tour will also take you by grand estates, structures with imposing façades, mansions and wooden architecture. You can sense the might and the power of old Russia as you marvel at some of the imposing edifices of the magnificent buildings. Although close to the center of Moscow, the area is a quiet haven with a tranquil ambience and numerous welcoming piazzas. There are some lovely places to stop by to be alone with your thoughts.
Image Courtesy of Flickr and Peter PZ.
How it works: A discovery walk features a route using which you can explore a popular city neighborhood on your own. This walk, along with other self-guided walks in over 1,000 cities, can be found on the app "GPSmyCity: Walks in 1K+ Cities" which can be downloaded from iTunes App Store or Google Play to your mobile phone or tablet. The app's built-in GPS navigation functions allow following this walk route with ease. The app works both online and offline, so no data plan is needed when traveling abroad.

7) Bolshaya Ordynka Street, Church of the Theotokos of Iviron on Vspolye