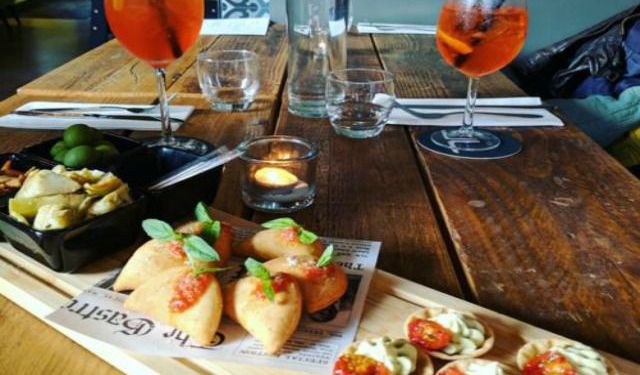 10 Best Restaurants in Amsterdam: the 2017 Edition, Amsterdam, Netherlands (B)

On a purely personal level, 2017 was pretty epic: not least because it was the year in which I got married and became Dutch. Had you asked me ten years ago whether either of these things were on the cards, I might have given becoming Dutch about a 25% chance, while getting married would’ve scored about 2%. But hey, Brexit causes us all to do crazy things… On a professional level, 2017 also saw me win back the rights to my cookbook and start selling it again. From when I first began writing it back in 2011 through to promoting it today, that book has cost me much sleep, many grey hairs, and unquantifiable amounts of both hours and euros. But it’s my child: no matter how much hard work it is, there are no regrets.

The Amsterdam food scene, meanwhile, has blossomed in ever more unexpected ways over the past 12 months. 2017 was the year in which ramen restaurants started multiplying, and my ramen post got more views in a week than most of my reviews get in a year. It prompted a couple of death threats too, which I can only take as a compliment in this era of Twitter trolls and #metoo. Last January, I went vegetarian for a month, which meant that I discovered far more of Amsterdam’s vegetarian restaurants than I even knew existed before – I’m pleased to report that two of them made it into my 10 best restaurants in Amsterdam list below. Meanwhile, Scandinavian food hit town in the form of Amsterdam’s new wave of Nordic cafes. Plus, a plethora of wine bars serving aperitivo-style bites have also been ushered in. I can honestly say that in my 12 years as an Amsterdammer, the food has never been better. ...... (follow the instructions below for accessing the rest of this article).
This article is featured in the app "GPSmyCity: Walks in 1K+ Cities" on iTunes App Store and Google Play. You can download the app to your mobile device to read the article offline and create a self-guided walking tour to visit the attractions featured in this article. The app turns your mobile device into a personal tour guide and it works offline, so no data plan is needed when traveling abroad.