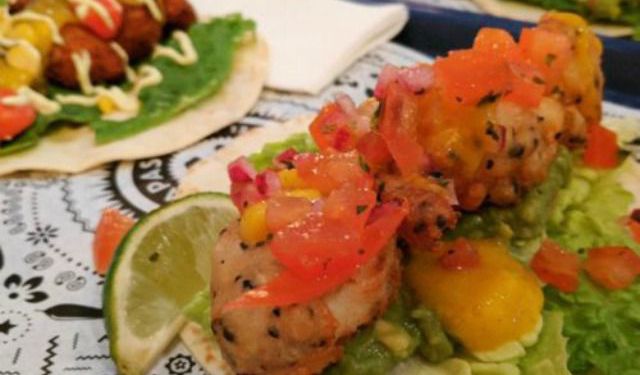 Phew. So the Dutch national election came and went, and Geert Wilders won far fewer seats than all us Amsterdammers feared. I like to think I played a role in this by writing about how bereft Dutch food would be without culinary influences from Muslim countries in the Middle East and North Africa. But, realistically, the readers of DutchNews.nl are probably all expats like me who don’t get a vote anyway. Still, it matters not – the result was a good one and “doe normaal” service has resumed.

From Turkish to tacos, and from Indian to Ethiopian, de Pijp is home to a global gamut of foodie finds. None of which will break the bank.

However, as a result of writing the DutchNews article, I did notice the proliferation of international restaurants in de Pijp area – most of which are surprisingly good value. From Turkish to tacos, and from Indian to Ethiopian, de Pijp is home to a global gamut of foodie finds. None of which will break the bank. Hurrah for immigration!

Balti House had been on my to-eat list for literally years, and I finally made it there on a recent rainy Monday night. I wasn’t disappointed. It seemed rude not to order the balti, given the name of the place, and our chicken balti was rich with warm spices yet fresh with red peppers and onions. The prawn madras was properly hot ‘n spicy, which was excellent for a chilli fiend like me. Plus, the naan bread was cloud-fluffy and made an ideal sauce-dipping tool. With a couple of Cobra beers each, our meal came to €50 for two. ...... (follow the instructions below for accessing the rest of this article).
This article is featured in the app "GPSmyCity: Walks in 1K+ Cities" on iTunes App Store and Google Play. You can download the app to your mobile device to read the article offline and create a self-guided walking tour to visit the attractions featured in this article. The app turns your mobile device into a personal tour guide and it works offline, so no data plan is needed when traveling abroad.