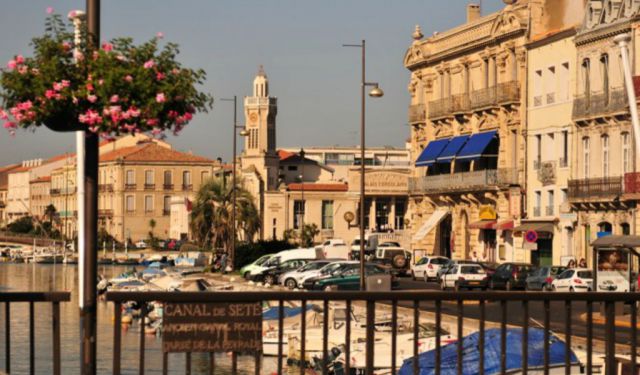 10 Reasons You Must Visit Sete, Sete, France (B)

A whale and two anchors feature on Sète’s official coat of arms, a tribute to local maritime history, and the fact that Mont St Clair makes the city looks like a humpback. Archaeologists have dated remains of human activity (discovered in 1973) to the late Bronze Ages II and III. The Greek’s called the settlement Ketos (a name that evolved over centuries until Sète became official in 1928), however, it was France’s Sun King who put Sète on the map.

King Louis XIV determined that Sète was to be an important strategic port for the nation, and his Prime Minister Jean-Baptiste Colbert quickly got to work on the Canal du Midi. This inland waterway was an ambitious infrastructure project to join the Atlantic Ocean to the Mediterranean, with Bordeaux and Sète featuring as the principal ports at either end. Once completed the canal would reduce sailing time and save crews from potential battles with pirate ships. Construction of canals, locks and waterways ended in 1681 (read more here). ...... (follow the instructions below for accessing the rest of this article).
This article is featured in the app "GPSmyCity: Walks in 1K+ Cities" on iTunes App Store and Google Play. You can download the app to your mobile device to read the article offline and create a self-guided walking tour to visit the attractions featured in this article. The app turns your mobile device into a personal tour guide and it works offline, so no data plan is needed when traveling abroad.