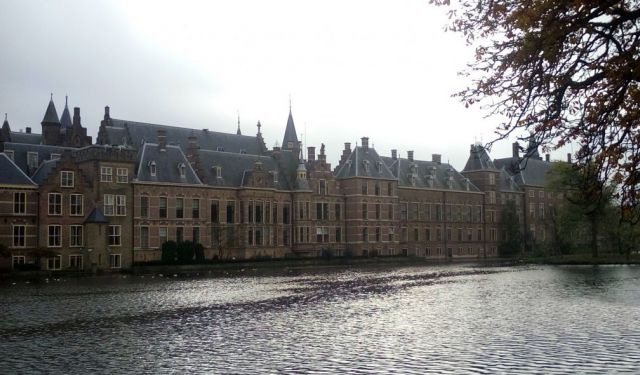 10 Things to Do in the Dutch City the Hague, Hague, Netherlands (B)

Planning a trip to the Netherlands? Definitely take The Hague in consideration to visit during your time in the Netherlands. It’s a beautiful city which has a lot to offer. From Amsterdam it’s only approximately an hour travelling by train and even better with great weather: the beach is nearby! In this article I will give you some tips if you’ve The Hague on your list of places to visit.

The Binnenhof is the political center of The Hague and is located in the center of the city. It’s a big complex of buildings which houses the meeting place of both houses of the State’s General of the Netherlands, as well as the Ministry of General Affairs and the office of the Prime Minister of the Netherlands. The complex was built in the 13th Century and is located next to the Hofvijver lake. It is nice to walk around the Binnenhof and to have a nice view over the complex when you are on the other side of the lake.

Right next to the Binnenhof, you can find the Mauritshuis. Not only is this building nice to admire from the outside, it is also worth to pay a visit on the inside (if you’re a fan of museums). The Mauritshuis is home to the Best of Dutch painting from the Golden Age. Masterpieces such as Vermeer’s ‘Girl with a pearl earring’ and Rembrandt’s ‘The anatomy lesson of dr. nicolaes tulp’ are on permanent display in the intimate rooms of this seventeeth-century monument. ...... (follow the instructions below for accessing the rest of this article).
This article is featured in the app "GPSmyCity: Walks in 1K+ Cities" on iTunes App Store and Google Play. You can download the app to your mobile device to read the article offline and create a self-guided walking tour to visit the attractions featured in this article. The app turns your mobile device into a personal tour guide and it works offline, so no data plan is needed when traveling abroad.