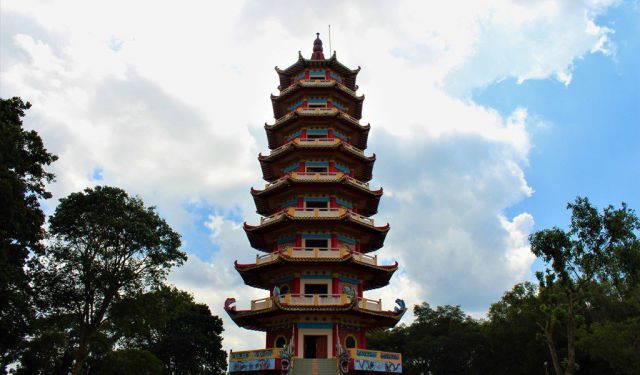 Unlike some other cities that just comes at you hard and fast, Palembang took its own time to unravel its self.

The Ampera Bridge is an important focal point for the city’s attractions but to get a good grasp about Palembang and its people, I spent the best part of three days criss-crossing the Musi River, gathering tales of its glorious past, bustling present and exciting future.

This museum hosts a collection of artifacts starting with the mysterious megaliths of Pagaralam before delving into Sriwijaya, one of the greatest maritime empires in Southeast Asia. This Buddhist kingdom was founded in the seventh century and lasted almost 600 years, reaching as far as central Java and southern Thailand.

Sriwijaya’s discovery is owed to the unearthing of prasasti stone inscriptions and Hindu-Buddhist sculptures in nearby Bukit Siguntang. The inscriptions are written in Pallavan and Old Malay expounding stories of Sriwijaya’s founding and the king’s decree on his subjects. ...... (follow the instructions below for accessing the rest of this article).
This article is featured in the app "GPSmyCity: Walks in 1K+ Cities" on iTunes App Store and Google Play. You can download the app to your mobile device to read the article offline and create a self-guided walking tour to visit the attractions featured in this article. The app turns your mobile device into a personal tour guide and it works offline, so no data plan is needed when traveling abroad.