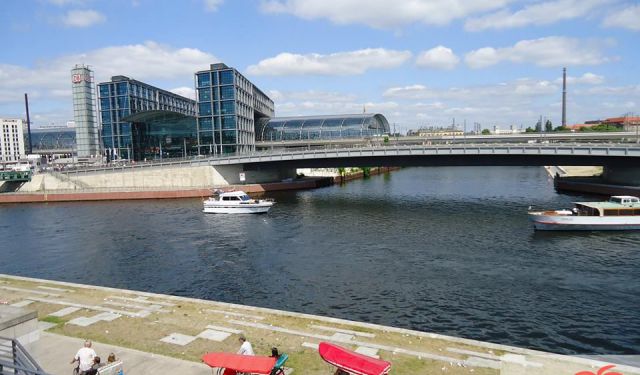 Berlin is a very beautiful and cultural city and perfect when you want to go on a citytrip. With a large amount of historic attractions, Berlin is an impressive and interesting city to visit. In this article I’ll give you some tips about what to do and see during your time in the German capital.

Absolutely at number one of things to see in Berlin is the Berlin Wall. Do I need to say more about this one? Especially when you go there with a guide, he or she can tell you all about the history and why this memorial is so imposing. The Berlin Wall Memorial is located in the middle of Berlin and it extends 1,4 kilometres. The wall shows us how, back before 1989, Berlin was divided in East- and West-Berlin. In November 1989, the fall of the Berlin Wall took place: Berlin became one city again. This memorial contains the last piece of the Berlin Wall with the preserved grounds behind it. Nowadays, it is used as an open air piece of art.

The Holocaust is a very impressive monument, a memorial that honours the up to six million murdered Jews in Europe during the Second World War. You can find the memorial in the city centre, close to the Branderburger Tor and Potsdamer Platz, where I will talk later about in this article. You can walk through the Holocaust by dwelling on the background and historic story about the memorial. ...... (follow the instructions below for accessing the rest of this article).
This article is featured in the app "GPSmyCity: Walks in 1K+ Cities" on iTunes App Store and Google Play. You can download the app to your mobile device to read the article offline and create a self-guided walking tour to visit the attractions featured in this article. The app turns your mobile device into a personal tour guide and it works offline, so no data plan is needed when traveling abroad.