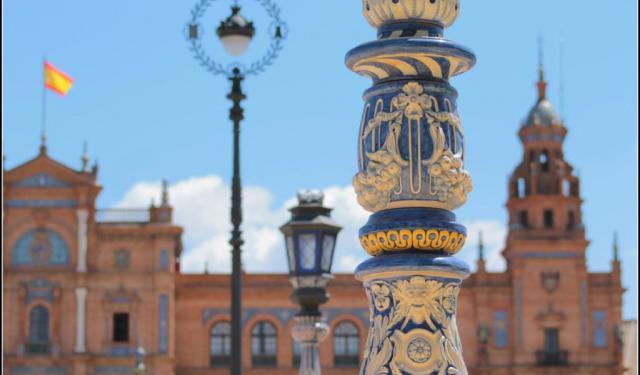 13 Free Things to Do in Seville, Seville, Spain (B)

While the city won’t burn a hole in your pocket with its reasonable prices for accommodation, food and entertainment (not to mention low cost of living), Seville still has a load of free or low-cost activities while visiting the metropolis where flamenco echoes through alleyways and bullfighters are carried out of the rings on the shoulders of revelers. And believe me when I say that there are plenty of things to do in Seville, unlike most Spanish cities where a few museums are sprinkled in between historic buildings.

It’s believed that Seville has the largest old city center in Europe, and its Roman, Visigoth and Moorish roots mean that everything in the district is cramped, chaotic and easy to get turned around in. Your map will do you no good, so it’s better to just toss it in your bag and wander.

Even before UNESCO declared flamenco – a gypsy art said to have taken on its modern form in Seville – an Intangible Cultural Heritage of Humanity, flamenco has been infused into the lives of sevillanos and its visitors. Peñas flamencas, small bars dedicated to artists of years past, often put on free or discounted shows in small, dark locales, the guitar wailing as a dark­haired gypsy taps and claps her way across the stage. ...... (follow the instructions below for accessing the rest of this article).
This article is featured in the app "GPSmyCity: Walks in 1K+ Cities" on iTunes App Store and Google Play. You can download the app to your mobile device to read the article offline and create a self-guided walking tour to visit the attractions featured in this article. The app turns your mobile device into a personal tour guide and it works offline, so no data plan is needed when traveling abroad.