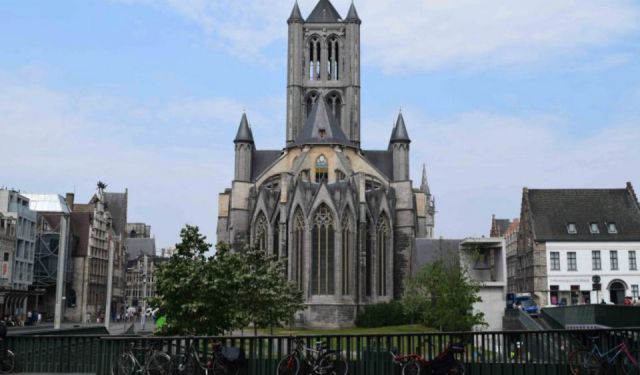 With a growing reputation as a fun and memorable tourist destination, the city of Ghent in Belgium is really starting to make a name for itself. A major city in the western half of Flanders, Ghent combines a youthful student atmosphere with some staggeringly beautiful sights. A gothic, medieval delight, Ghent may not be the most vivid or vibrant city but it sure does set a scene.

Centring on a spectacular old town and idyllic waterways, the city is immensely tourist friendly. This means you’re able to move from one landmark to the next with ease, often just by turning your head. There’s a reason I keep returning to this city and I keep finding more and more sights to admire throughout Ghent. I owe a huge debt of thanks to my friends in Ghent for showing me around their city as well. So with that said, allow me to share with you the essential sights to see in Ghent.

Let’s start with a castle and a pretty cool one at that. Curbed by the Leie River on two sides, the small but mighty Gravensteen castle rests in the north of the city centre. With it’s strategic location by the river, fortifications have existed on the site of Gravensteen since the 10th century. After a fire destroyed the previous castle, the castle’s current look came about in 1180 under Count Philip of Alsace. A visit to the castle takes you through the castle grounds and interior, all the way up to the keep roof for views across the city. ...... (follow the instructions below for accessing the rest of this article).
This article is featured in the app "GPSmyCity: Walks in 1K+ Cities" on iTunes App Store and Google Play. You can download the app to your mobile device to read the article offline and create a self-guided walking tour to visit the attractions featured in this article. The app turns your mobile device into a personal tour guide and it works offline, so no data plan is needed when traveling abroad.