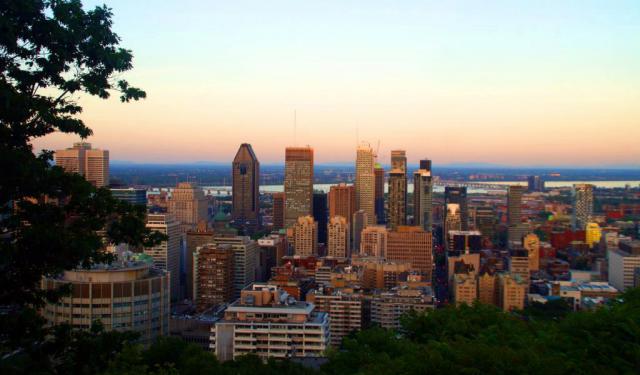 On the way to Peru, my younger brother Brandon and I had a long stopover in Montréal, the largest city in the French part of Canada and the second-largest in all of Canada after Toronto. As you might have gathered from this blog, I love exploring new places, and I think that a long stopover is a great way to do just that. Despite not having much time, a long stopover gives you a taste of the place and then you can always return later, if you liked it there. So whenever there’s an option to do a long stopover on the way to somewhere else, I always take it.

This time around, there was an option to have a 23-hour stopover in Montréal en route to Lima, so my brother and I decided to do it!

After a long, but comfortable eight-hour flight with Air Canada to Toronto with great in-flight food (first time ever, I think!), three hours of waiting and another one-hour flight, we finally arrived in Montréal at 5.15 PM on June 11th, ready for two half days of city explorations! We caught a bus to the city center and easily found our hostel, Auberge L’Apero, which was just what we needed for the one night as it was cheap and central. ...... (follow the instructions below for accessing the rest of this article).
This article is featured in the app "GPSmyCity: Walks in 1K+ Cities" on iTunes App Store and Google Play. You can download the app to your mobile device to read the article offline and create a self-guided walking tour to visit the attractions featured in this article. The app turns your mobile device into a personal tour guide and it works offline, so no data plan is needed when traveling abroad.