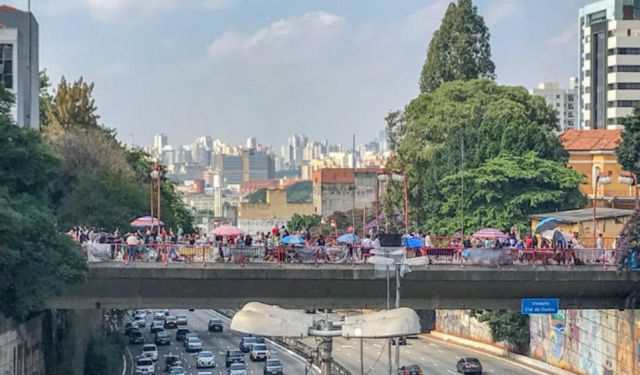 I would have never thought I’d say 36 hours was not enough time for visiting Sao Paulo. I personally am not a big city enthusiast, but always feel like I should explore for a day at the beginning or end of my wilderness trips. We planned to arrive mid-day, stay overnight and then leave the following evening.

GOL moved our flight from Cuiaba to São Paulo from 8am to 4am which gave us extra time (which we originally didn’t want) in the giant metropolis. São Paulo is the 9th largest city in the world, the most populous city in both the Western and Southern Hemispheres, and has the 11th largest GDP globally.

The city of sky scrapers is home to the largest populations of Arabs, Italians, and Japanese outside of their homeland. Our visit to Brazil’s economic and cultural hub was surprisingly pleasant.

With a little help from a friend and some naiveté, I managed to book a hotel, Melia Paulista, on Paulista St. While the hotel was nothing to write home about it was located in a fantastic location, especially for a Sunday. Though I think probably could have found a nicer place just a few blocks off Paulista in the Garden District. ...... (follow the instructions below for accessing the rest of this article).
This article is featured in the app "GPSmyCity: Walks in 1K+ Cities" on iTunes App Store and Google Play. You can download the app to your mobile device to read the article offline and create a self-guided walking tour to visit the attractions featured in this article. The app turns your mobile device into a personal tour guide and it works offline, so no data plan is needed when traveling abroad.