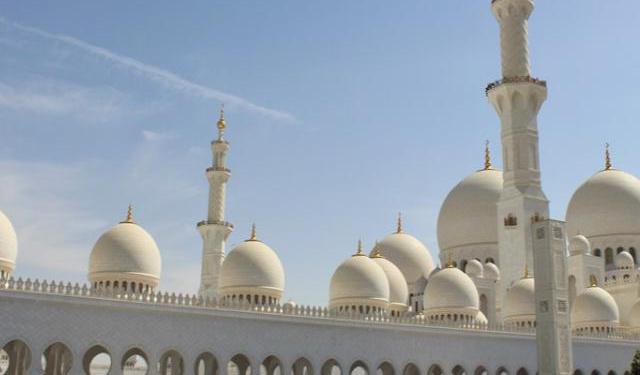 4 Things to Do in Abu Dhabi on a Layover, Abu Dhabi, United Arab Emirates (B)

Abu Dhabi is one of the seven emirates that make up the United Arab Emirates and also holds the distinction as the nation’s capital. Abu Dhabi is far less busy than its neighbor Dubai but still holds sway with its world-class attractions. After romping through Manchester and Liverpool, we decided to stopover Abu Dhabi on the way back to Malaysia since my wife’s cousin was working there. While we took our time by spending a few days to visit these places, I feel all four of them can be done on a one-day or overnight layover. So, here’s four things to do in Abu Dhabi on a layover.

Our first stop was the UAE Heritage Village. It is a reconstruction of a typical oasis village that includes a fort, a bazaar and a mosque. We decided to prioritize the Heritage Village because the complex is mainly open-air and gets a generous amount of the scorching Middle Eastern sun. Another reason I wanted to visit this place is to sample life before oil was discovered on this part of the Arabian Peninsula. The Heritage Village is on a peninsula on Marina Island, facing the Arabian Gulf on one side and the Corniche on the other. We entered the village through a pair of battlements into a courtyard of beautifully laid stone paths and frolicking date trees. We took a sharp right into a house where fabric weaving was being made. We saw nice-looking tapestries of red, white and black hanging on a wall outside and a loom with colorful fabric inside. A lady was busy weaving but she did not seem bothered so we just had a quick looksie. ...... (follow the instructions below for accessing the rest of this article).
This article is featured in the app "GPSmyCity: Walks in 1K+ Cities" on iTunes App Store and Google Play. You can download the app to your mobile device to read the article offline and create a self-guided walking tour to visit the attractions featured in this article. The app turns your mobile device into a personal tour guide and it works offline, so no data plan is needed when traveling abroad.