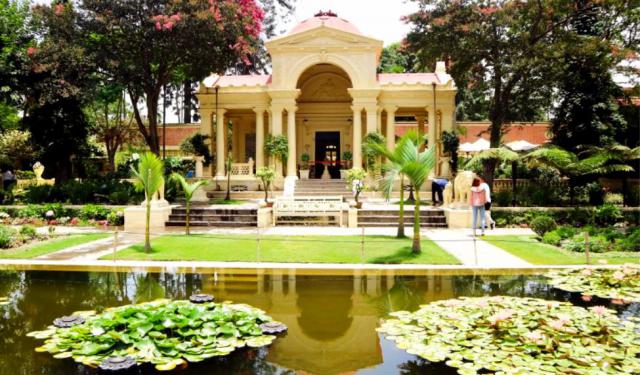 Almost every tourist I talk to seems to hate Kathmandu. “It’s dusty, and noisy, and there’s nothing to do.” It’s the complaint I’ve heard a million times, followed by “One day is enough time there.” It seems like everyone goes to the same three or four places in Thamel and considers that the entire city. But Kathmandu has so much more to offer than cheap souvenirs and a few popular temples that are flooded with tourists. The list of places to visit in Kathmandu is endless.

When I first arrived in Nepal, I had to search high and low for places to visit in Kathmandu. Being the capital of Nepal and the largest metropolitan area in the entire country (with a population of 3 million), it seemed there must be so much more to this city than meets the eye. Turns out, I was right.

The Narayanhiti Palace Museum was home to the royal family until a revolution took over the monarchy in 2006. I’m not sure what I was expecting to see in the palace, but I found this museum to be extremely interesting. Unlike every other palace I’ve been to, this one is very modern. It was built in the 1960’s and looks a bit like an episode of Mad Men inside. With its wood-paneled walls, marble tile flooring, and the smell of mothballs wafting off of old tiger skins that adorn the floor, it’s unlike any place I’ve ever been. The throne room appears to have been designed by an admirer of Gaudi, the famous Spanish architect. Everything seems a tad out of place for a royal palace, making it all the more fun to walk through. ...... (follow the instructions below for accessing the rest of this article).
This article is featured in the app "GPSmyCity: Walks in 1K+ Cities" on iTunes App Store and Google Play. You can download the app to your mobile device to read the article offline and create a self-guided walking tour to visit the attractions featured in this article. The app turns your mobile device into a personal tour guide and it works offline, so no data plan is needed when traveling abroad.