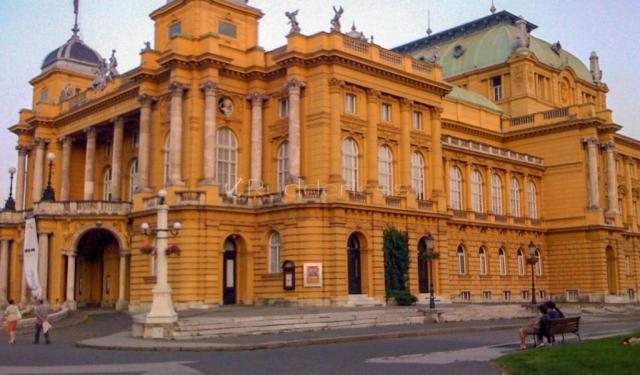 I have a very special connection with Croatia – well Zagreb more specifically. Yes, the girlfriend (you know as Gordana, and at times Goga) is half Croatia and half Serbian so at the core of my connection with ex-Yugoslavia and the Balkans is, without a doubt, centred around her.

But if I wanted to get all gooey and sentimental then Croatia & Serbia are the two countries I visited on my first ever trip to Europe. That year I visited Belgrade, Zagreb and Split. I walked around with my jaw on the floor, looking up, looking down, eating food, drinking beer – different sounds, different language, different smells…I was in love with travel.

I’ve since been to Zagreb about 8 times, which I guess inevitably leads to – why did it take you eight years to do a 48 Hour Zagreb Itinerary.

- Zagreb is the capital and the largest city of Croatia. It is located in the northwest of the country, along the Sava river, at the southern slopes of the Medvednica mountain.

- Zagreb is dubbed as a city of museums because there are more museums per square metre than any other city in the world. Museums are a huge time suck when you only have two or three days in a city but I’ve include some in this itinerary just in case you’re a history buff. But this doesn’t mean that there is nothing else for you to do if you aren’t a history buff. ...... (follow the instructions below for accessing the rest of this article).
This article is featured in the app "GPSmyCity: Walks in 1K+ Cities" on iTunes App Store and Google Play. You can download the app to your mobile device to read the article offline and create a self-guided walking tour to visit the attractions featured in this article. The app turns your mobile device into a personal tour guide and it works offline, so no data plan is needed when traveling abroad.