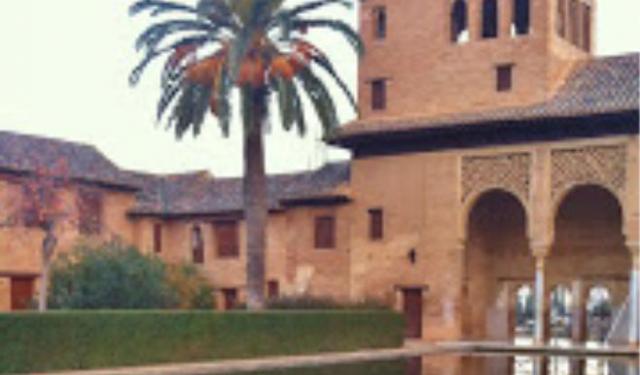 The Andalucía region in the South of Spain attracts many visitors every year to the likes of Sevilla, Málaga, Córdoba, and the white hill towns of Ronda and Arcos de la Frontera. If you’ve been considering Granada as a destination, but maybe it’s not “on the way” to your next place, I encourage you to commit to it and make it a priority to get there anyway! Find those 2 extra days in your itinerary or book your next free weekend for a journey into an entirely different version of Spain.

The last Moorish kingdom to fall in the Spanish Reconquista of 1492, the city still basks in its Arabic glory of the Alhambra. The natural beauty of Granada cannot be missed either, with the snowcapped Sierra Nevadas crowning the edges of the valley. In Granada, you will make friends, whether with the shopkeepers, tea brewers, bodega owners, or just the kind people on the street. Granada is best experienced on foot, as the city center doesn’t allow extra vehicles on the roads, and the crooked turns of the hills invite you to explore hidden paths at your own pace. ...... (follow the instructions below for accessing the rest of this article).
This article is featured in the app "GPSmyCity: Walks in 1K+ Cities" on iTunes App Store and Google Play. You can download the app to your mobile device to read the article offline and create a self-guided walking tour to visit the attractions featured in this article. The app turns your mobile device into a personal tour guide and it works offline, so no data plan is needed when traveling abroad.