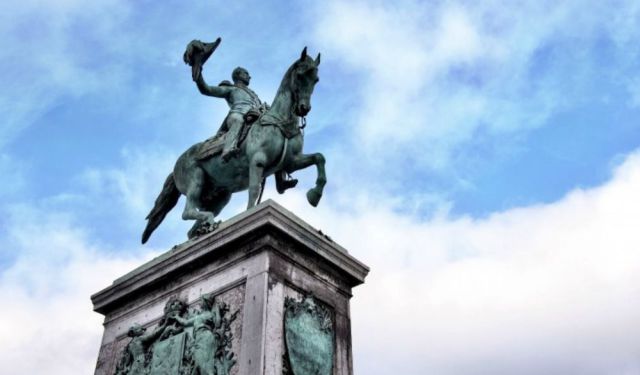 Luxembourg is a tiny country sandwich between France, Germany, and Belgium. Its borders cover just over 2,500 km² which puts it at about 2x the size of New York City. After spending one day in Liechtenstein, a country slightly bigger than Vancouver, I figured 48 hours in Luxembourg would be plenty. Turns out I was so very wrong. Here’s why.

Perched on top of the Luxembourg Plateau, Luxembourg city is a gem. It didn’t take me long to realize that I could have spent 48 hours in Luxembourg City alone. For this trip, one day would have to do. I first walked from my Park Inn Hotel (which is conveniently located next to the bus and train station) across the viaduct to the old town. Normally this 15-minute stroll offers a scenic view of the Adolphe Bridge, however, it was under repair on my 48 hours in Luxembourg and thus covered in scaffolding. Strolling the old walls overlooking the Barrio Grund would have to do.

Beneath these walls lay miles of caves that can be toured in the summer months. Once used for fortification, today the Bock Casemates are a UNESCO World Heritage Site that houses plenty of information on Luxembourg’s past…and about a million bats. During the winter months, the caves are closed as to not disturb these hibernating residents. ...... (follow the instructions below for accessing the rest of this article).
This article is featured in the app "GPSmyCity: Walks in 1K+ Cities" on iTunes App Store and Google Play. You can download the app to your mobile device to read the article offline and create a self-guided walking tour to visit the attractions featured in this article. The app turns your mobile device into a personal tour guide and it works offline, so no data plan is needed when traveling abroad.