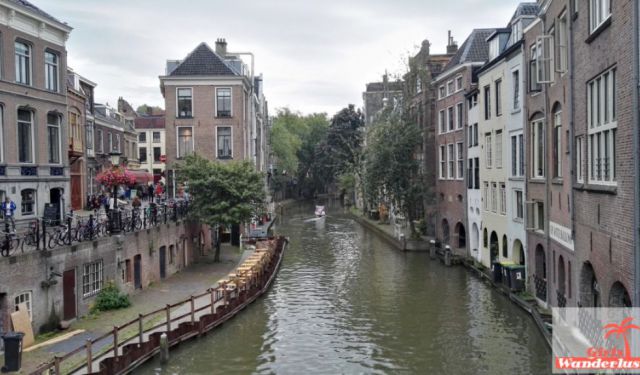 5 Places to Visit in Utrecht – the Netherlands, Utrecht, Netherlands (B)

In the heart of Utrecht you can find the St. Martin’s Cathedral with its famous Dom Tower. Where ever you are in the city, you can see the Dom Tower from far away, it really is the image of Utrecht. In 125, the building was a Romanesque church, nowadays it consists out of the 14th century choir, the 15th century transepts and two chapels.

Although the St. Martin’s Cathedral and the Dom Tower are separated from each other, it definitely does belong together. The Dom Tower separated with the church after the destruction of the nave during a thunderstorm in 167. The ruins were only cleared away in 1826 when the Dom square was laid out, with restoration finally completed in 1988. It’s also worth to visit the inside of the St. Martin’s Cathedral! ...... (follow the instructions below for accessing the rest of this article).
This article is featured in the app "GPSmyCity: Walks in 1K+ Cities" on iTunes App Store and Google Play. You can download the app to your mobile device to read the article offline and create a self-guided walking tour to visit the attractions featured in this article. The app turns your mobile device into a personal tour guide and it works offline, so no data plan is needed when traveling abroad.