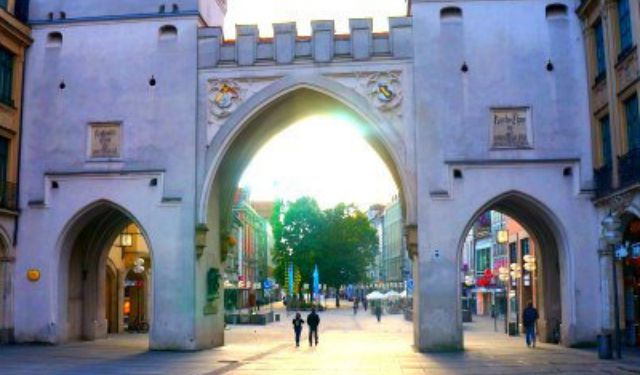 5 Things Not to Miss in Munich, Munich, Germany (B)

I can easily say that Munich is one of my favourite cities in the world if not my very favourite. I do not know why there could be a multitude of reasons for this. Maybe it is the easy going nature of the Bavarians. Maybe it is a city with a great history and monuments. Maybe it is the beer they produce. Remember the names Paulaner, Franziskaner, Hacker Pshorr, Augustiner and Lowenbrau. These are the original Munich beer makers. Steady yourself for a diet of Pork knuckles, schnitzel, sausages, chicken and potato salad. To me, I feel more at home in Munich than in any other city in Europe. I have been to Munich 4 times in the past and will certainly go there again. The city of beer, sausages and giant pretzels is a must visit for all.

Schloss Nymphenburg is located in the outer suburbs of Munich. I often call it the forgotten attraction of Munich. Construction started on Nymphenburg Palace in 1664 and by 1679, the original Palace was completed. In 1715 further construction and design of the Palace was started once again and continued on and off for most of the 17th century under different Bavarian Royal families. The gardens that surround Nymphenburg Palace are 490 acres in size. I must say I have never really explored the gardens in length as they cover such a large area but I image they would be fantastic on a beautiful sunny Munich day. You can tour the inside of the palace at your own pace with an audio guide. The inside of the palace is very opulent like one would expect. There is also horse carriage museum. This house’s the amazing ornate carriages that the royals used to ride in during their times. If you visit during the winter the lake may be frozen over and ice skating may be an option for you. Bavaria’s most famous King, King Ludwig spent time living in Nymphenburg with his family ...... (follow the instructions below for accessing the rest of this article).
This article is featured in the app "GPSmyCity: Walks in 1K+ Cities" on iTunes App Store and Google Play. You can download the app to your mobile device to read the article offline and create a self-guided walking tour to visit the attractions featured in this article. The app turns your mobile device into a personal tour guide and it works offline, so no data plan is needed when traveling abroad.