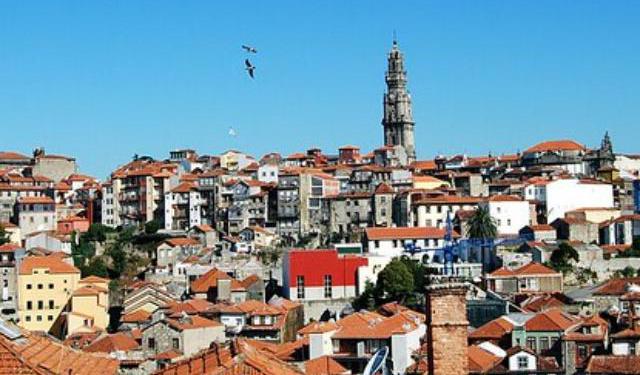 It is an eclectic mix of old and new, a city struggling to come to terms with tourism and money needed to facilitate it. You are just as likely to see a brand new building as you are to see a falling down house in a major tourist area. At times, it looks the third world but I would prefer to call that old world charm. Porto is essentially unique and a realistic look into a traditional Portuguese city that does not have the polish of Lisbon but has something equally invaluable and that is its character. There are so many things to do in Porto. Make sure you tick off some of our 5 things not to miss in Porto

- One of the most traditional dishes of Porto is the ‘Tripas à Moda do Porto”. In the 15th century, the people of Porto gave a great quantity of meat to the military forces, keeping only tripe (tripas) for themselves. This is the reason why the people of Porto are called ‘Tripeiros’

As a part of the hop on hop off bus pass, we had a free short cruise on the Duoro River included. The mighty Douro runs from near Duruelo de la Sierra in Soria Province and meets the Atlantic Ocean at Porto.The Douro is one of the major rivers on the Iberian Peninsular stretching for nearly 900 kilometres. Traditionally the Douro was used to transport wine to Porto from the Douro Valley. Daming of the river in the 50’s and 60’s has since stopped Port Wine being transported this way. The Duoro is now popular with cruise companies like AAPT etc. ...... (follow the instructions below for accessing the rest of this article).
This article is featured in the app "GPSmyCity: Walks in 1K+ Cities" on iTunes App Store and Google Play. You can download the app to your mobile device to read the article offline and create a self-guided walking tour to visit the attractions featured in this article. The app turns your mobile device into a personal tour guide and it works offline, so no data plan is needed when traveling abroad.

Create Your Own Self-Guided Walks in Porto
Guide Name: 5 Things Not to Miss in Porto
Guide Location: Portugal » Porto
Guide Type: Self-guided Walking Tour (Article (B))
Author: Mark Wyld
Read it on Author's Website: https://wyldfamilytravel.com/5-things-not-to-miss-in-porto/
Sight(s) Featured in This Guide:
Where To Stay in Porto, Portugal - Guide of Best Areas and Hotels