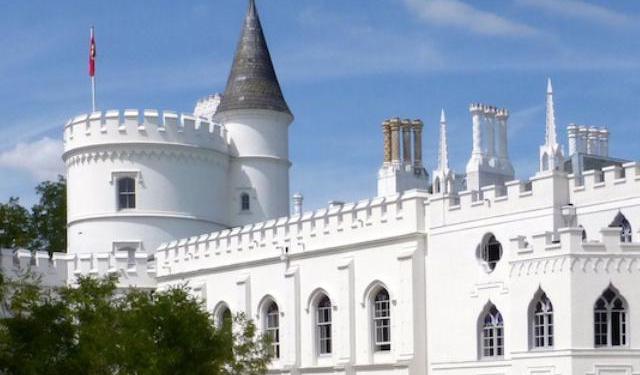 5 Things to Do in Twickenham (From a Local), Twickenham, England (B)

Most people associate one thing with Twickenham. Rugby. The area in the London borough of Richmond-Upon-Thames is indeed the home of England rugby with thousands of fans converging on the area during rugby matches. But there’s more to the area than just rugby. As someone who lives local to area, I can attest to that and would recommend it to those interested in exploring a historical but less hectic aspect of greater London (on days there isn’t a match on anyway). Twickenham was once a ‘country retreat’ for many rich politicians and aristocracy in the 18th century and as such is littered with a number of stately homes with large parks. Here are some of my picks for things to do in Twickenham which you could combine with a weekend of rugby or simply enjoy on their own.

If you are a rugby fan then a visit to the stadium is must. Built on a former cabbage patch which was bought for just £5,500 in 1907, it is now the largest dedicated rugby union venue in the world seating 82,000 people. I have seen England play a few times there and it is a great event to witness (even better if England win!). There is always a great atmosphere and friendly crowds. ...... (follow the instructions below for accessing the rest of this article).
This article is featured in the app "GPSmyCity: Walks in 1K+ Cities" on iTunes App Store and Google Play. You can download the app to your mobile device to read the article offline and create a self-guided walking tour to visit the attractions featured in this article. The app turns your mobile device into a personal tour guide and it works offline, so no data plan is needed when traveling abroad.

Create Your Own Self-Guided Walks in Twickenham
Guide Name: 5 Things to Do in Twickenham (From a Local)
Guide Location: England » Twickenham
Guide Type: Self-guided Walking Tour (Article (B))
Author: Elizabeth Callaghan
Read it on Author's Website: http://www.wandermum.co.uk/5-things-to-do-in-twickenham-from-a-local/
Sight(s) Featured in This Guide: