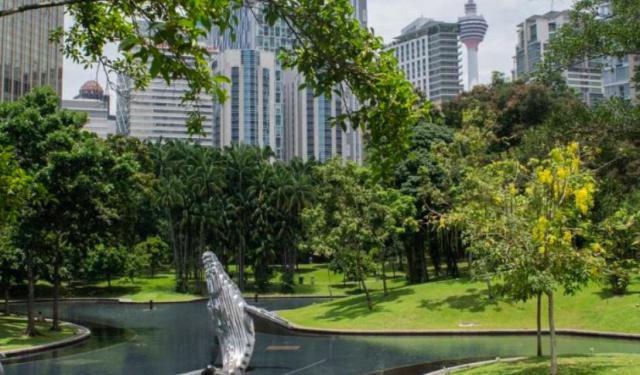 Given that it’s the nation’s capital city, Kuala Lumpur tends to be the first place people go to in Malaysia. Among the capitals of southeast Asia, Kuala Lumpur sometimes gets lost in the mix but it’s certainly a modern city and cultural hub. While it’s a natural inclusion on any itinerary that tours Malaysia, the city is also a fantastic place for a stopover when in Asia as the home base of Air Asia. Rather than reproduce one of the common lists of things to do when visiting Kuala Lumpur in Malaysia, I thought I’d go a different path and share insights based on my visits to the city. So, here are some fairly general tips for visiting Kuala Lumpur that I thought worth knowing before you go.

It’s funny that this needs saying but I’ve heard the comparison enough that it bears mentioning. Some people seem to find Kuala Lumpur disappointing after visiting Singapore, perhaps expecting the two to be quite a like. Granted, they’re close together geographically and have many cultural and ethnic similarities. But that can also be said about two cities in the same country; George Town and Kuala Lumpur are also quite different from each other. Certainly there are some similarities. The food is phenomenal in both, there are a ton of skyscrapers and some pretty parks to boot. They also have a bit of shared history I suppose, given their colonial British past and the merge that happened in the early 1960s. But I think from that point the two took quite different paths, with Singapore’s economic boom a major part of that. Back to my point, it’s best to visit without expectations, because that way you can see KL for what it is rather than what it isn’t. ...... (follow the instructions below for accessing the rest of this article).
This article is featured in the app "GPSmyCity: Walks in 1K+ Cities" on iTunes App Store and Google Play. You can download the app to your mobile device to read the article offline and create a self-guided walking tour to visit the attractions featured in this article. The app turns your mobile device into a personal tour guide and it works offline, so no data plan is needed when traveling abroad.